Zhang Weili Happier Losing “Fairly” To Namajunas This Time Around
published on November 8, 2021
curated and posted by BRWLRZ Team

Former UFC Women’s Strawweight Champion Zhang Weili believes her rematch with Rose Namajunas was a better and fairer showcase of their skills inside the Octagon.

The pair ran it back in the UFC 268 co-main event this past weekend. The blockbuster card, which took place inside Madison Square Garden in New York City, saw two championship rematches take place. Prior to Kamaru Usman’s second victory over Colby Covington, Namajunas recorded the first defense of her second reign as strawweight queen.

Having knocked Weili out at UFC 261 in April and, in doing so, ending the former champ’s 21-fight winning streak, “Thug Rose” became the first woman in UFC history to regain a title after previously losing it. After the promotion booked an immediate rematch, Namajunas upset the odds once again. In a razor-close result, which many believe “Magnum” edged, Namajunas fell on the right side of a split decision.

Zhang: Rematch Was A Better Showcase Of Our Skills

At the culmination of the rematch, Weili was certainly more accepting of the loss than when she was dethroned earlier this year. The narrative heading into the first clash surrounded some controversial comments and links Namajunas made between Weili and communism, the ideology with which her home country of China is governed by.

After hearing considerable boos inside the VyStar Veterans Memorial Arena, “Magnum” accused Namajunas of attempting to turn the crowd against her ahead of their fight. Despite the champ’s willingness to befriend her rival, Weili claimed she didn’t feel friendly towards Namajunas anymore. At the UFC 268 post-fight press conference, the Chinese star was asked whether there is still some bad blood between the pair following their five-round rematch.

In response, Weili maintained that Namajunas had used some tactics outside of the Octagon to gain an advantage in April. However, the 32-year-old believes their second clash saw a much fairer fight, and was one in which the result was determined by their skills and performances inside the cage.

“I think for the first fight, maybe she just wanted to win, so she used those different tactics outside the Octagon that (got her an) advantage. I think for this fight, we’re competing in the Octagon fairly. I think I would like to just showcase our skills and strengths or ability inside the Octagon. I think that’s what we should focus on.”

While Namajunas gets set for her next title defense, which will be against Carla Esparza if the promotion wants to maintain any resemblance of a meritocracy, Weili will be looking to return to the win column in her next outing.

Who would you like to see Zhang Weili face next as she looks to return to title contention? 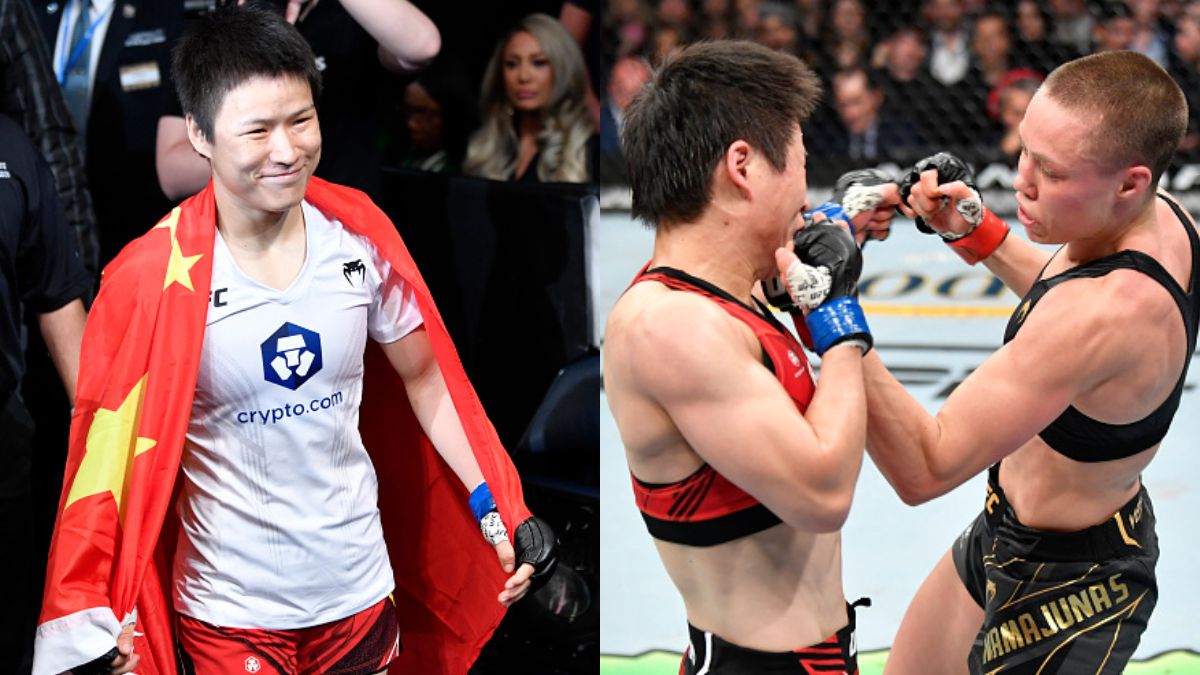