Zhang Weili After UFC 268 Defeat: “I Will Get My Belt Back”
published on November 8, 2021
curated and posted by BRWLRZ Team

Former UFC strawweight champion Zhang Weili isn’t giving up on her pursuit of a second stint with UFC gold after her UFC 268 defeat.

Weili and UFC strawweight champion Rose Namajunas went back-and-forth for five rounds at UFC 268, but in the end, it was Namajunas who earned the victory on the scorecards. Weili had significant moments throughout the fight, but many believed Namajunas was the more active fighter in the exchanges.

It was a completely different fight from their first matchup at UFC 261, which ended in a Namajunas head kick knockout. Weili showed vast improvements with her grappling and hit Namajunas with heavy shots.

Despite the disappointing second loss to Namajunas, Weili says she’s keeping her head up moving forward.

“I think today’s fight (was) a close fight. I think we both performed the best of ourselves,” Weili said during the post-fight press conference. “I’m very much looking forward to a rematch with Rose. And also, I believe that I will get my belt back if I have the opportunity.”

Many believe that a Namajunas/Weili third bout isn’t completely out of the question moving forward. Namajunas will more than likely face top contender Carla Esparza for her next title defense but could meet Weili again down the line.

After getting word of Weili’s post-fight comments, Namajunas praised her determination and desire for a third bout.

“She’s committed to martial arts and being the best, so I’m sure she’s gonna do whatever it takes to try to contend for that title again,” Namajunas said during her post-fight presser. “So I wouldn’t be surprised, but we’ll see.”

Namajunas and Weili are arguably two of the best strawweight champions in UFC history. Both have accumulated massive star power worldwide and a third fight is sure to entice the interest of fans once again.

Do you think Zhang Weili will be a UFC champion again at some point? 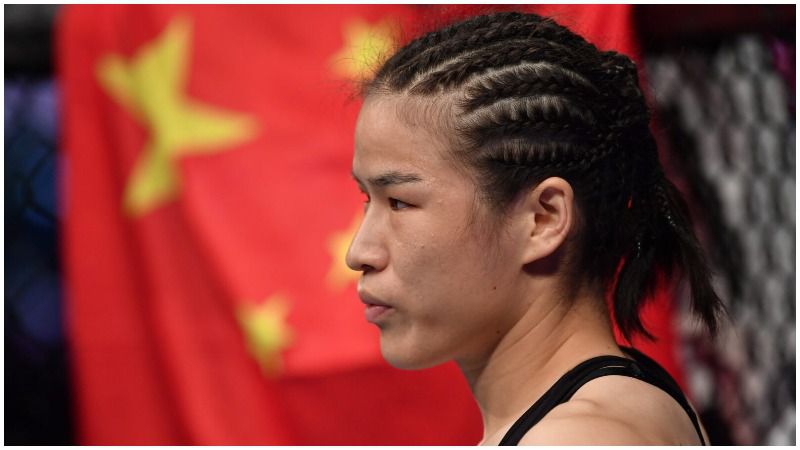