Zabit Magomedsharipov Is On His Way Back To The Octagon Hints Coach
published on September 28, 2021
curated and posted by BRWLRZ Team

Zabit Magomedsharipov may be on his way back to the Octagon after an absence of almost two years claims coach Mark Henry.

Following back-to-back unanimous decision victories over two top UFC featherweight contenders in Calvin Kattar and Jeremy Stephens, ongoing health issues and a dispute with the promotion have unfortunately put his career on hold.

Despite his clear in-ring ability and his six-fight unbeaten run with the company, it was generally believed that Zabit may never step foot inside the octagon again, which would put an end to any dream matchup with Max Holloway, Giga Chikadze, and a long-awaited meeting with Yair Rodriguez.

While there’s no certainty on his comeback date, Mark Henry has surprisingly confirmed that Zabit’s return is imminent and fans of the Russian won’t have to wait too much longer to see him in action.

In a recent post on his Instagram page, Mark Henry was seemingly thrilled to announce Zabit’s comeback to the UFC featherweight division.

Zabit was arguably one or two wins away from a 145lb title shot before he was pulled from the rankings. The Dagestani will be hoping to add to his 18-1 record on route to UFC gold upon his return.

There are a handful of potential fighters that would happily welcome the Taekwondo black belt back, and fans can look forward to possible mouth-watering matchups between Zabit and some of the division’s top talent. A fight with The Korean Zombie or an encounter with emerging talents in Arnold Allen and the aforementioned Giga Chikadze could serve as the perfect comeback for the 30-year-old.

Who would you like to see Zabit Magomedsharipov face when he finally makes his return to the UFC? 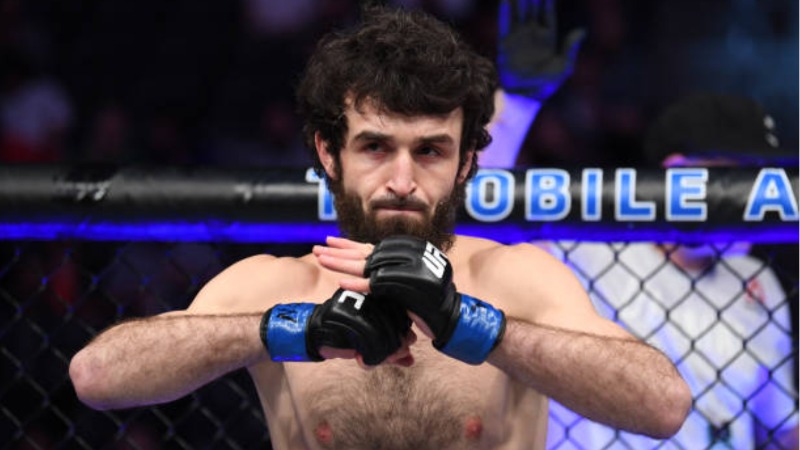