Car-Jitsu is beginning to find its wheels in the wide-open spaces of the loopy world of combat sports.

Invented in 2020 by Vik Mikheev, Car-Jitsu features jiu-jitsu contests held within mid-sized sedans. The participants compete in two three-minute rounds of grappling and alternate between driver and passenger between rounds.

Points are earned by establishing an advantageous position or scoring a submission. If the submission tally is tied at the close of the second round, the grapplers take the heated action to the backseat until one participant earns the most points within four minutes in an overtime period.

Everything within the vehicle is fair game and available for use. That means mirrors, seat belt, steering wheel—you name it. This is all factored into the “creative use of the environment” criterion. Participants are awarded four points for mount and back control and two points for placing their knee on the belly of the opponent.

So what spawned this idea from Mikheev? He says it began as something of an experiment that could yield fruitful long-term results for the participating grapplers.

“In 2020, I came up with the idea of doing competitive grappling in vehicles.” Mikheev said, per Jiu-Jitsu Times. “Since October of 2020, I and my friends run small tournaments of Car-Jitsu to study the aspects of jiu-jitsu application in such a confined space.“

The Rusian-based sport is now looking to expand into the United States. Car-Jitsu joins other unique sports to recently emerge, such as combat pillow fighting and 5-on-5 team MMA battles.

For your viewing pleasure, we’ve included not one, not two, but three Car-Jitsu bouts for you down below!

And here’s a comprehensive recap of what you just witnessed:

Has Car-Jitsu just picked up a new fan in YOU? 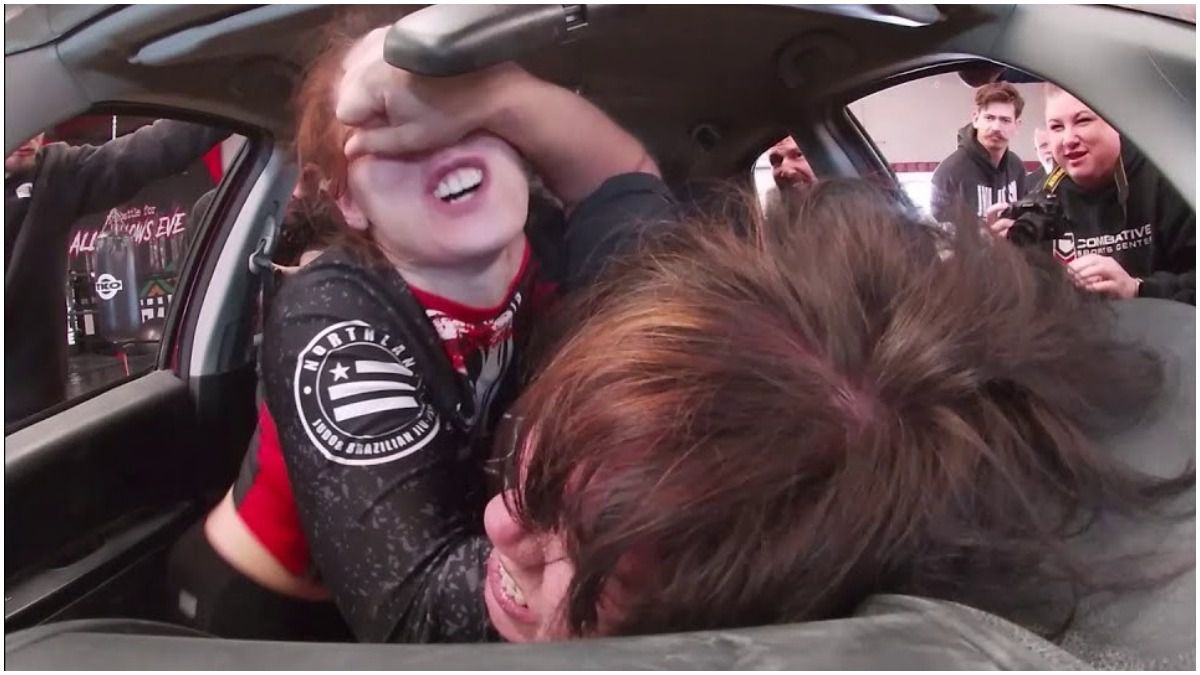