WWE Has Reached Out To Kayla Harrison, Per Her Manager
published on November 22, 2021
curated and posted by BRWLRZ Team

Two-time PFL lightweight champion Kayla Harrison has allegedly been reached out by World Wrestling Entertainment during her free agency.

This is according to her manager, Ali Abdelaziz, who says that WWE has inquired about Harrison’s potential interest. He also went on to say that Harrison is solely focused on her MMA career right now.

“Everybody trying to sign Kayla. Even Walmart try to sign Kayla. The WWE has been calling too but we’re interested in real fighting,” Abdelaziz told TMZ Sports. “[Kayla’s] focusing on fighting right now. PFL, it doesn’t matter where she gonna be — whatever Kayla wants.”

Harrison has downplayed a more prolonged return to professional wrestling after making a brief appearance at an AEW event with her American Top Team teammates. She was also recently sitting cage-side to watch Bellator women’s featherweight champion Cris Cyborg earn a first-round knockout over Sinead Kavanagh at Bellator 271.

Kayla Harrison Recently Made An Appearance At An AEW Event

The speculation over Harrison possibly opting for a move to pro wrestling began when she joined ATT owner Dan Lambert, along with UFC stars Jorge Masvidal and Junior dos Santos at AEW: Saturday Night Dynamite earlier this year. Her former Olympic Judo teammate, Ronda Rousey, made the transition from MMA to wrestling with relative ease prior to stepping away from the ring in April 2019.

Nevertheless, Harrison has downplayed any future interest in making the move to the ring, going as far as calling it “a fake sport”.

At 30 years old, Harrison has plenty of time left in the MMA world, but it could be a big boost financially if she decided to make the move to wrestling down the line. She arguably has the marketability to become a wrestling star alongside Becky Lynch, Rousey, and others.

For now, it appears Harrison is laser-focused on MMA. She has earned multiple titles in her relatively short time in the sport and has expressed interest in signing with larger promotions such as Bellator and the UFC.

Do you think Kayla Harrison could eventually end up in professional wrestling? 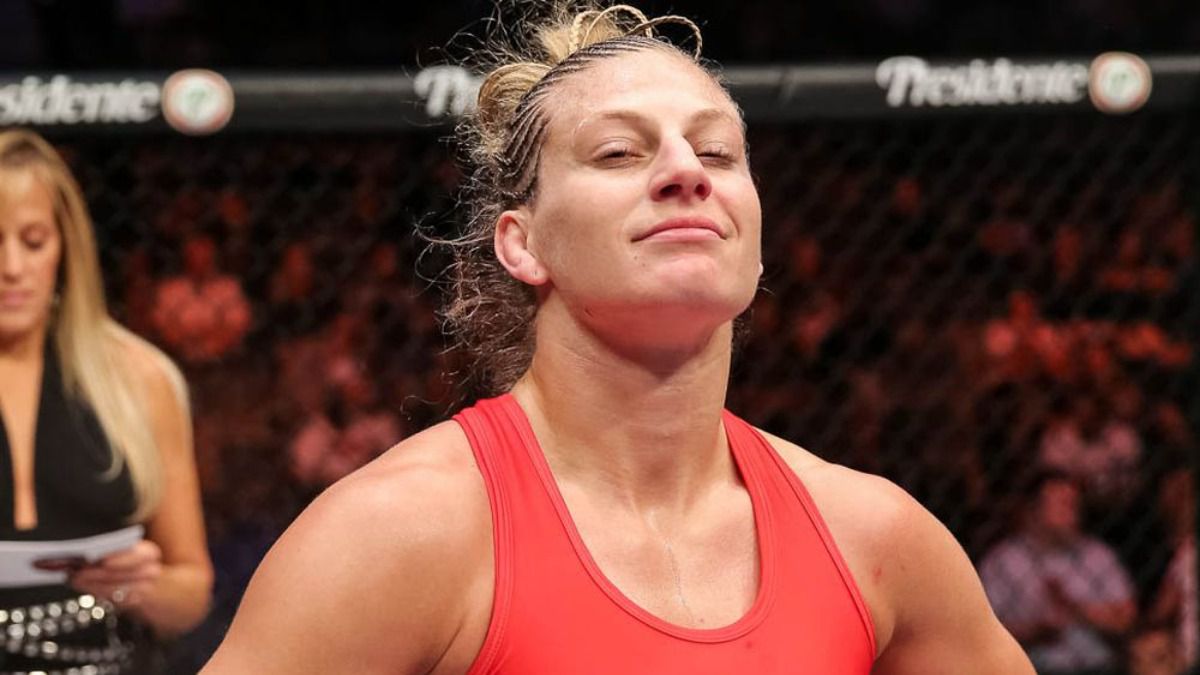