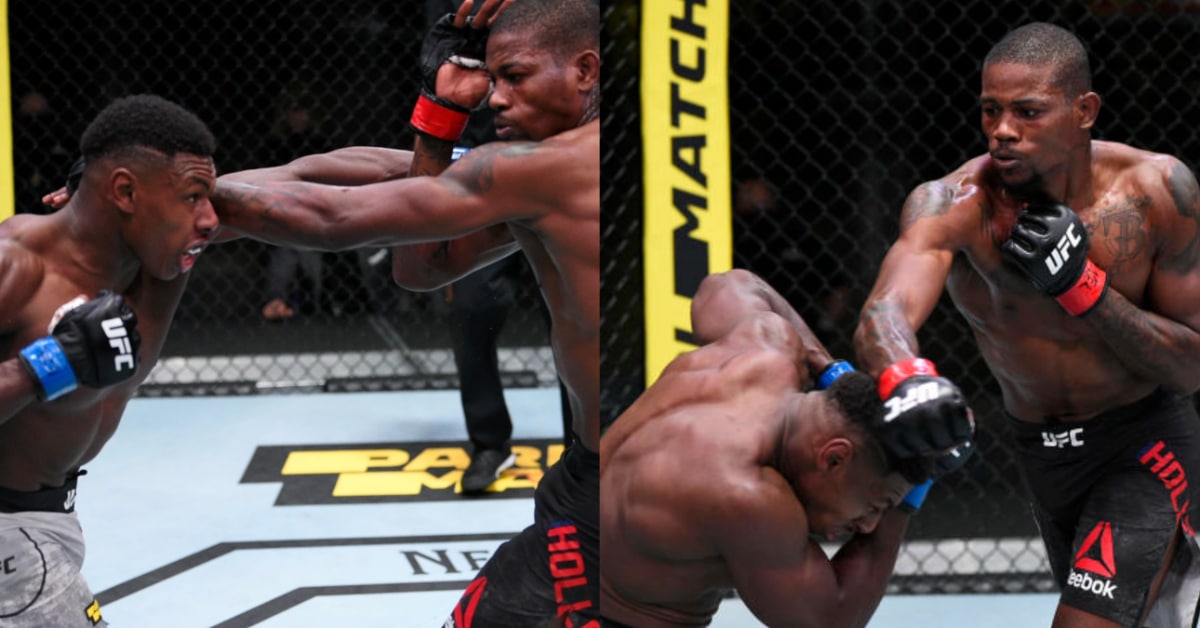 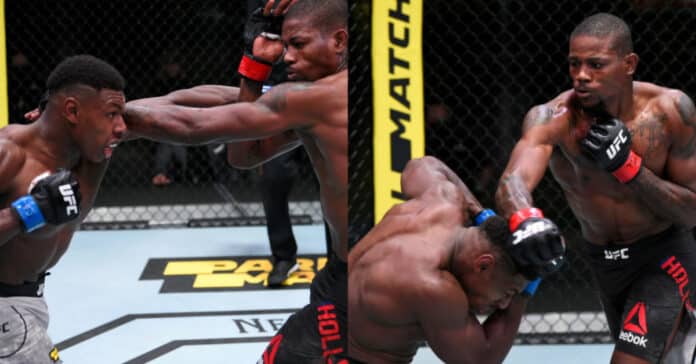 Kevin Holland is set to face off against Stephen ‘Wonderboy’ Thompson this weekend in the main event of UFC Orlando.

Thompson is known as one of the most dynamic and slick kickboxers in the entire UFC, having trained in karate his entire life. However, this will not be the first time Kevin Holland has faced off against a flashy striker.

At UFC Fight Night: Lewis vs. Oleinik, ‘Trailblazer’ faced off against Joaquin ‘New Mansa’ Buckley, who was making a quick turnaround from a KO victory at LFA 87: Logan vs. Rosales.

MMA fans will likely be familiar with the name Joaquin Buckley, as the hard-hitting middleweight has since picked up one of the greatest KO finishes in UFC history, as seen below:

However, when Buckley faced off against Kevin Holland, a very different story would play out. Holland’s range and movement were a nightmare for Buckley, as he pieced up ‘New Mansa,’ trash-talking the whole time.

By the final round, it was evident that Buckley was fighting a losing battle. This was perfectly encapsulated by a slick jab cross from Holland that knocked the mouthpiece out of Buckley’s mouth – sending him crashing to the mat.

Since the win over Buckley, Kevin Holland has had quite the journey. ‘Trailblazer’ fought his way into the top 15 of the division, knocking out Jacare Souza in the process. However, against the likes of Marvin Vettori and Derek Brunson, Holland would come up short, prompting a move down to welterweight.

Back-to-back wins over Tim Means and Alex ‘Cowboy’ Oliveira got Holland off to a promising start at 170lbs, but he is currently off a loss after taking a short-notice catchweight bout against Khamzat Chimaev. He will now look to get back to winning ways when he takes on Stephen ‘Wonderboy’ Thompson in the main event of this weekend’s UFC Fight Night card.

Who are you backing this weekend? Kevin Holland or Stephen Thompson?