When and Where to Watch Bellator 267
published on September 29, 2021
curated and posted by BRWLRZ Team

Bellator goes to London for Bellator 267 and the card is an early Friday one for fans in the United States, so MMANews will have you covered on where to watch.

Bellator 267 has Michael “Venom” Page facing former welterweight champion Douglas Lima again in the main event. Page has been asking for this fight since he lost to Lima.  Lima, having lost the title at Bellator 260 has found himself in a position where he will need to take a fight with the man he felt needed to work his way up to him. The loss to Yaroslov Amosov and his loss to Gegard Mousasi puts Lima at two losses in a row so he needs a win in London.

Page on the other hand has picked up five wins in a row and is looking to avenge his only loss against Lima. With that momentum and all this time to prepare since their last match, this should make for a fun fight.

Airing live from Wembley’s SSE Arena the timing of the card might be a little off for what Bellator fans are used to so see the full fight card, with where to watch below: 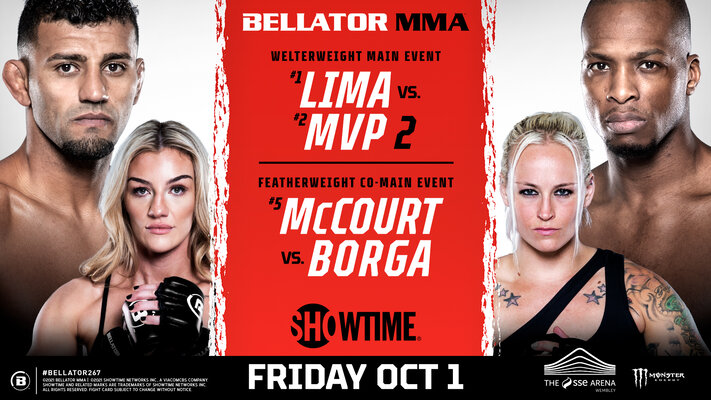