Weili Zhang Considers Use Of Boo Simulation A Success
published on November 10, 2021
curated and posted by BRWLRZ Team

Weili Zhang used some unusual training tactics to get ready for her fight at UFC 268 in New York City.

UFC 268 took place in New York City at the famed Madison Square Garden Arena. The co-main event showed champion Rose Namajunas defeating former champion Weili Zhang via split decision. This fight was a rematch of the UFC 261 fight which also took place in the United States. After the fight, Zhang spoke about how she feared the fans were against her after anti-communist remarks made by Namajunas.

New York is a place where the fans are notably loud and in some cases hateful. They have been known to boo against their own teams, let alone a rival. Knowing this going in, Zhang utilized some boo simulation to help her get used to the noise. She had tape playing during her practices of fans yelling and booing her. Zhang was asked post-fight if this method helped her.

“So I think the training was definitely helpful,” Zhang said through a translator. “I think why I got booed, I think that I understand that it’s not like they don’t like me. It’s just because I’m not one of their countrywomen. So I’m just not from the same country. So with that in mind, I feel a lot better. So also I remind myself when they’re booing me, I just take a breath, deep breath, and get their energy.”

This unique type of training was just one new piece that Zhang added to her arsenal. She also began training with former two-division champion Henry Cejudo. Although she still fell short on Saturday night, Zhang is happy with her performance and how all the new skills she learned worked out in her favor.

Do you think Weili Zhang will ever hold the strawweight belt around her waist again? 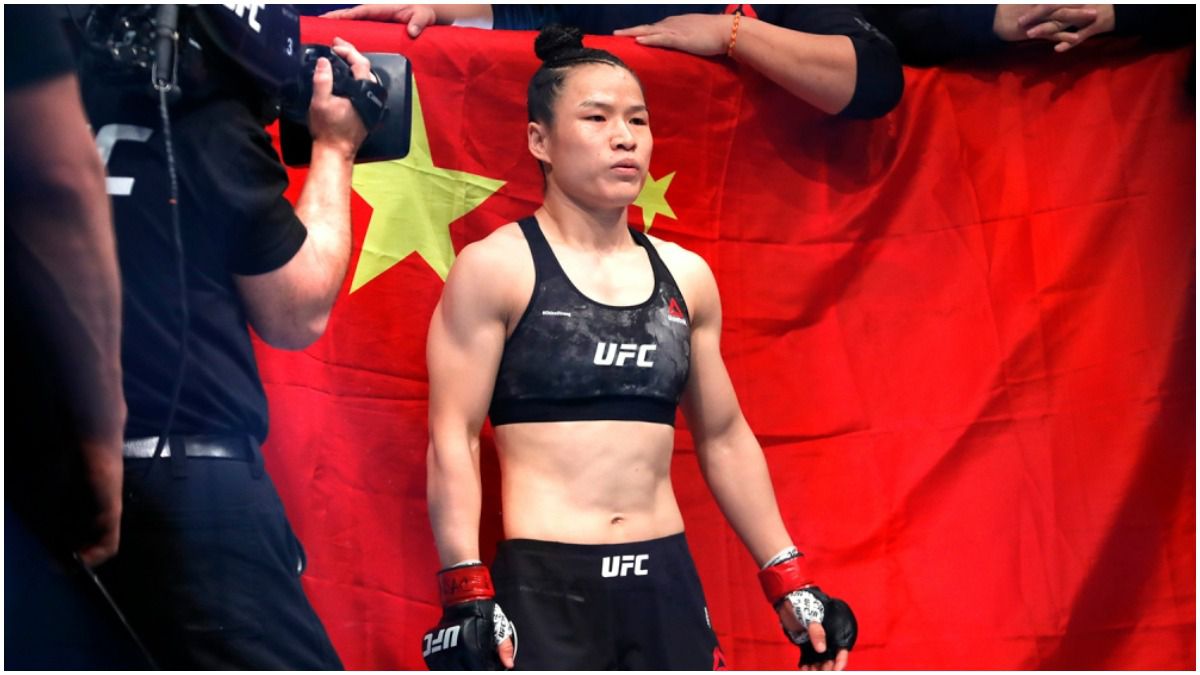