Weili Zhang Believes Fans Are Against Her After Namajunas’ Comments
published on October 8, 2021
curated and posted by BRWLRZ Team

Rose Namajunas made remarks about communism before she bested Weili Zhang for gold back at UFC 261, and China’s Zhang believes it’s turning fans against her.

With the two scheduled for their rematch in the famed Madison Square Garden venue, Zhang believes she could be fighting more than “Thug” Rose when the two touch gloves on Nov. 6. Before their first encounter, Namajunas voiced an anti-communism slogan from the Cold War era, stating, “better dead than red”. The former champion maintains that the comments of Namajunas have caused fans, especially in North America, to turn against her.

During Zhang’s first title defense against Namajunas, the audience in Florida was booing her incessantly. Since UFC 261 was the first PPV with a full crowd since the pandemic shuttered much of the U.S., the audience was extra lively. Speaking to Ariel Helwani on The MMA Hour, Zhang mentioned that Rose’s comments affected her overall performance in their first outing.

“I think it definitely affected me a little bit,” Zhang said.“The comments that Rose made, I think she was successful in making the audience boo me. But I think that’s my own problem because I should be concentrating on the fight and not the audience. I can’t control who the audience likes. So I’m becoming more focused on my own fight.”

“In my mind, I think that, yes, those comments crossed the line because I think all the audience, all the fighters, we all come together in the UFC because we all share the passion of the MMA sport. In my mind, I’m coming here because I want to make friends because we all have the common love of martial arts. I think it’s not a good thing to mix sport with politics, but I think that’s maybe her plan. So in the beginning, I thought it was just kind of trash talk. Zhang said. It really didn’t affect me. But when I went out in the stadium and got booed, I think Rose wanted to use those comments to make the audience boo me.”

Zhang conceded responsibility for her knockout loss at UFC 261. Though, she insists that the fans did impact her performance. Initially, the former 115-pound titleholder thought the trash talk was a joke. But after hearing the crowd boo her, “Magnum” believes the comments were politically motivated to elicit a reaction. Even so, China’s Zhang will do her best to pay the political dialogue no mind ahead of her second UFC title shot.

Who do you have winning the strawweight title at UFC 268? 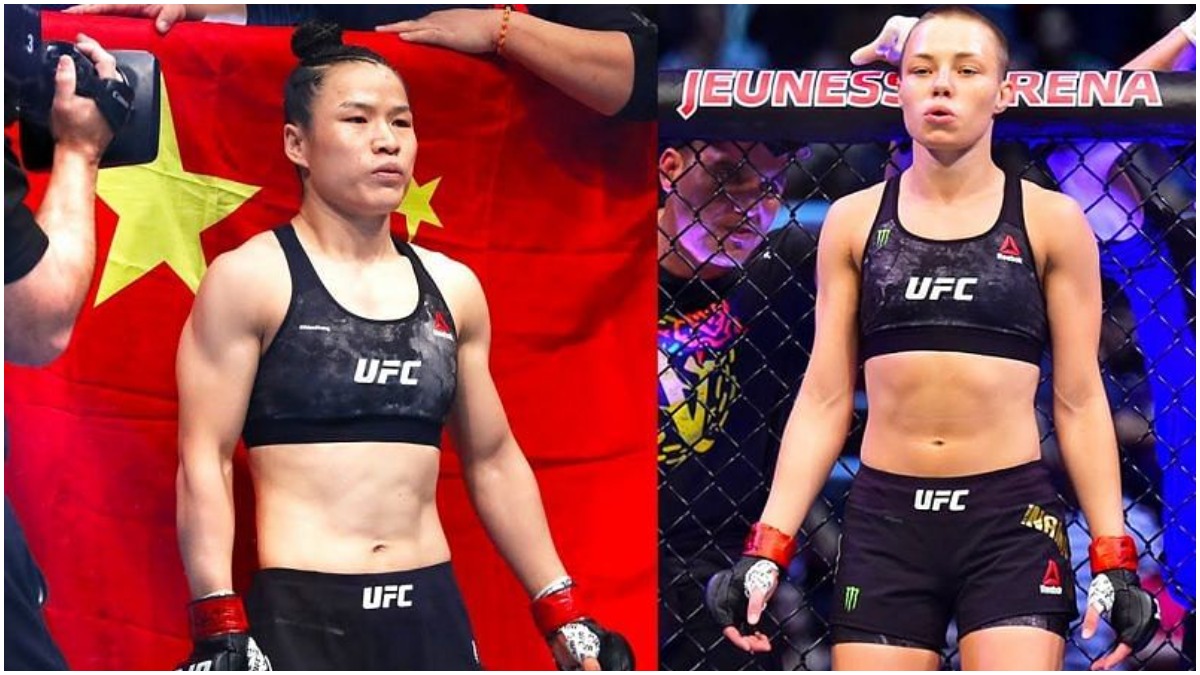