After disrespect from Brandi Rhodes, Paige VanZant entered the ring to confront her, which sparked a flood of other wrestlers to intervene during last night’s AEW Dynamite.

Immediately, VanZant picked up Rhodes and smashed her against the corner of the ropes. Soon after, several female wrestlers ran out and a brawl took place.

Her surprise appearance sparked a lot of energy from the crowd. Check it out below!

“We did not have @PaigeVanZant looking to knock out @TheBrandiRhodes on our 2022 bingo cards #AEWDynamite,” Tweeted AEW during the event.

VanZant and Rhodes were pulled apart moments later, kicking and screaming at each other from across the ring.

VanZant began making appearances in All Elite Wrestling last year along with the start of her BKFC run, where she went 0-2. Since the UFC, VanZant has continued to see financial success, and she now is exploring the colorful world of professional wrestling.

She joins the growing list of UFC fighters to cameo on AEW. Notable names such as former UFC champions Vitor Belfort and Andrei Arlovski have appeared on AEW programming as well.

Paige Vanzant and Brandi Rhodes are sure to meet again in the ring. Stay tuned into All Elite Wrestling to see what comes next in this ongoing crossover storyline.

What are your thoughts on Paige VanZant storming the ring at AEW Dynamite? 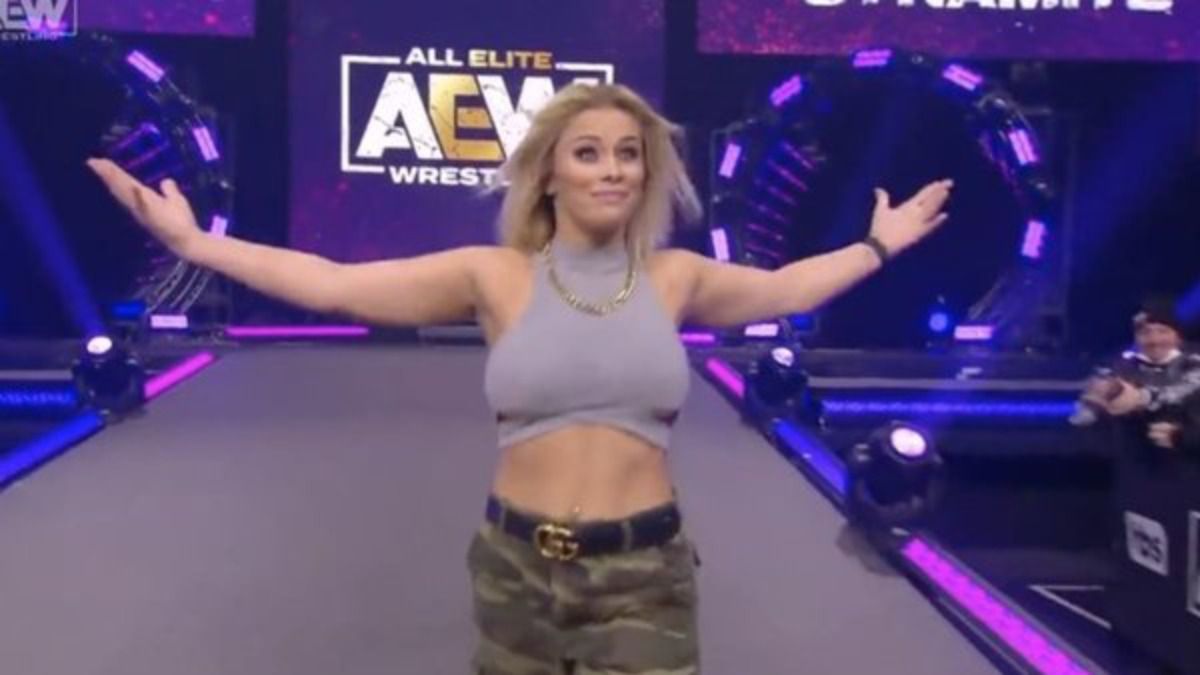