At Demo Fight 11, Marney Maxx took on the winless Deived Costa, who entered the bout with a record of 0-2. Maxx competes with an amputated arm, but as you are about to behold, this does not limit his ability to compete or render his opposition unconscious.

Two minutes into the first round, Maxx landed a flush head kick to Costa for the KO victory. Peep it out below (h/t @Barrelelapierna)

With the win, Maxx moves to 4-4 in his MMA career, which began in 2013. You can view the full fight between Maxx and Costa right here.

Another One-Armed MMA Fighter Who Has Defied The Odds

Many fans viewing the above KO will no doubt think of Nick Newell, who has also competed in MMA with an amputated arm since 2009. It’s possible that Newell served as an inspiration for Maxx, who would debut four years later.

During his MMA run, Newell has tallied a professional record of 16-4, including two wins by knockout and 11 by submission, with a highly impressive 81% finish rate. Newell has competed in Bellator MMA and the World Series of Fighting (now PFL), including sharing the cage with current UFC top lightweight contender Justin Gaethje.

Newell tried to enter the UFC in 2018 by way of Dana White‘s Contender Series but was not awarded a contract after losing to Alex Munoz via unanimous decision. Most recently, Newell lost to Bobby King via a split decision at Bellator 260.

What is your reaction to this beautiful knockout by Marney Maxx? 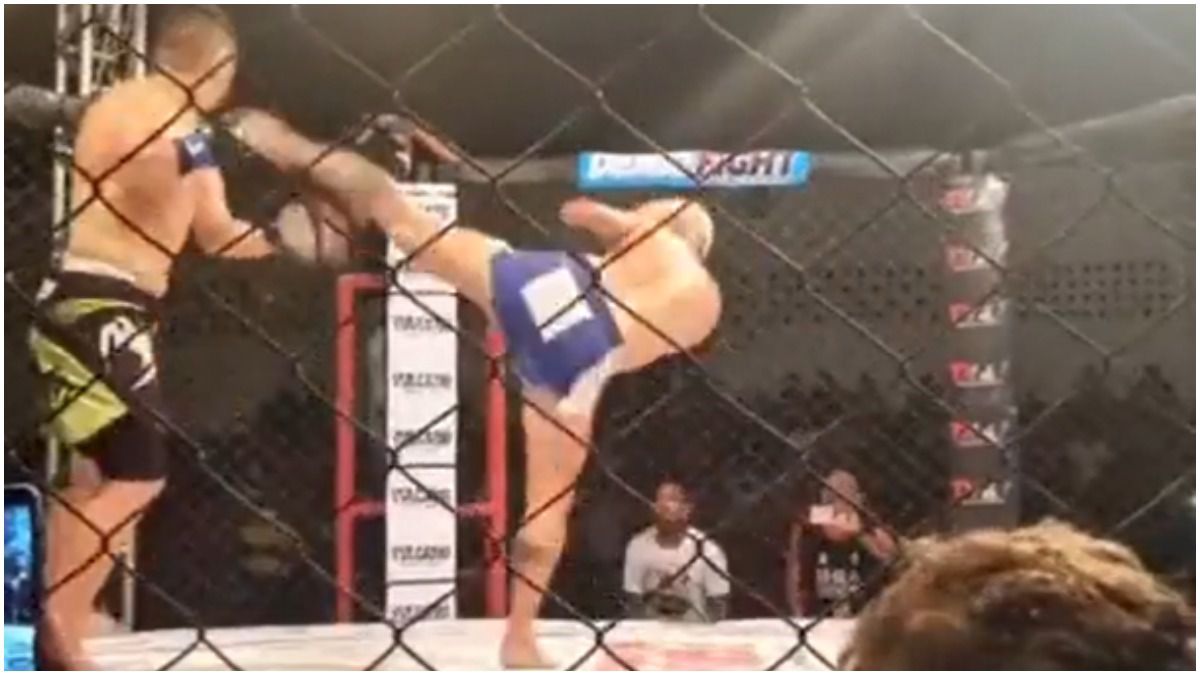