Watch: Lewis Sends A Message To Ex-Cop Daukaus After Traffic Stop
published on December 23, 2021
curated and posted by BRWLRZ Team

Derrick Lewis had a direct message to his UFC Vegas 45 opponent Chris Daukaus after what he felt was a sketchy traffic stop.

Heading into UFC Vegas 45, Derrick Lewis had one main goal. Sure, getting the dub, in general, is always essential. Breaking the UFC knockout record? Meh. The real primary objective for Lewis last weekend, in his own words, was to avoid getting Rodney King’d on national television by ex-police officer Chris Daukaus.

“He’s gotta be a good guy because he is a police officer. I support the police department all over the world, ‘specially in Houston,” Lewis said. “I appreciate most of you all for letting me slide with speeding ticket here, and that’s why I appreciate you all, back the blue all day long. Whenever you fighting a police officer, you don’t wanna get Rodney King’d on ESPN, so you gotta go out there and fight hard, man. Do it for the people.”

After Lewis was happy to legally assault the ex-cop in brutal fashion in a tribute to the ’90s police brutality victim King, he would very soon come in contact with the boys in blue again.

Derrick Lewis Gets Pulled Over, Racks Up Another Dub

As Lewis alluded to prior to the fight, Houston officers treat “The Black Beast” as a local hero, often being lenient with any traffic violations he may have committed.

Such an incident was captured on video in Lewis’ Instagram Stories on Wednesday. When the traffic stop concluded, Lewis wanted Daukaus to know that he just pulled out another victory after implying that the ex-cop Daukaus had gone dirty. Peep it out below.

In the video, Lewis is handed a warning by the officer for missing his front license plate. Lewis would brag about this resolution with his customary deadpan tone while addressing Daukaus.

If Lewis’ suspicions are correct, he may want to quit while he’s ahead at 2-0 instead of poking the bear. Because regardless of your winning streak, if you keep Clashing with the law, the law always wins.

What do you make of this second “victory” for Derrick Lewis? 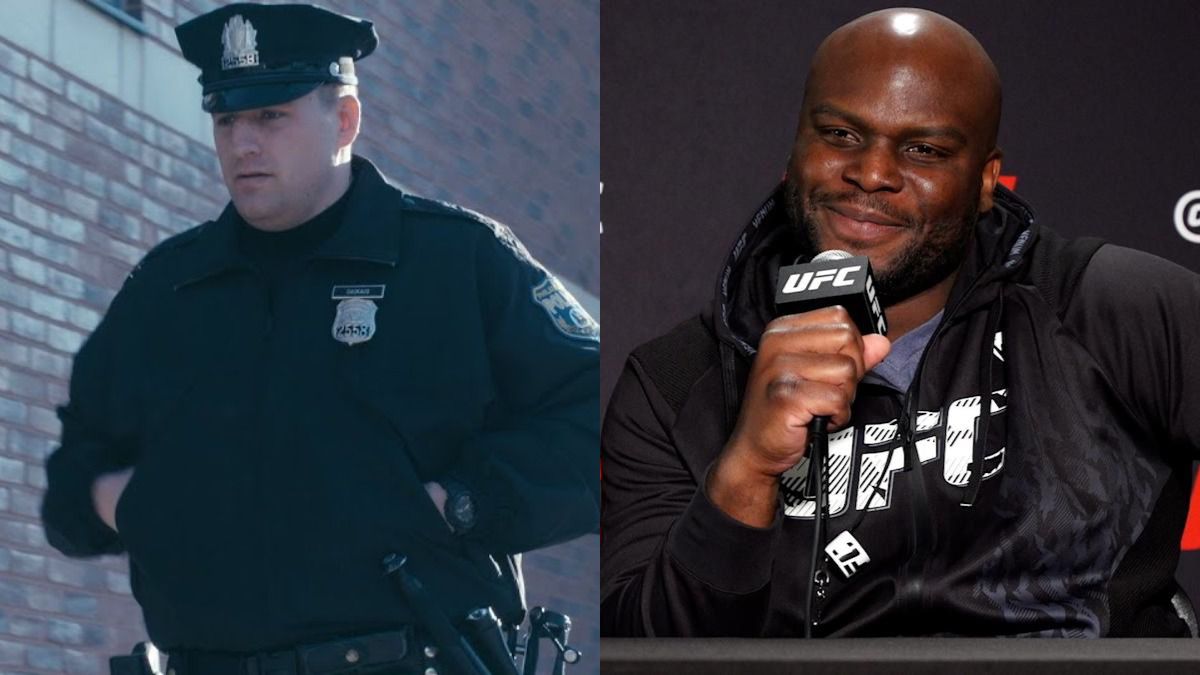