Khamzat Chimaev was involved in an incident at an MMA event.

According to several reports, Chimaev was sitting in the front row to cheer on one of his teammates. After the ref called the fight off, the Swede then jumped the rails to make his way toward the cage to protest the stoppage.

Security was quick to get Chimaev and intervened, but a small scuffle did happen.

The good news is, no one was hurt in the altercation, and security was able to calm Chimaev down rather quickly.

The 10-0 Khamzat Chimaev is currently the 11th-ranked welterweight and is coming off a submission win over Li Jingliang at UFC 267 in the first round. It was his fourth win inside the Octagon as he also has a one-punch KO win over Gerald Meerschaert and stoppage wins over Rhys McKee and John Phillips in 10 days.

Chimaev does not have his next fight booked, but many are hoping he gets a title shot sometime soon. As it stands, a bout against Gilbert Burns at UFC 273 appears the most likely scenario.

Chimaev has been considered one of the most feared men in the UFC. Dana White has claimed that other welterweights do not want to fight him, while Chael Sonnen believes he’s already psychologically defeated the entire division.

“There’s a lot of ways to beat a guy, but if you can do it psychologically and you never have to get out there,” Sonnen explained on his Beyond the Fight show. “Dan Henderson had a great line one time, which is Dan was in a bar with somebody, and the guy said, ‘Hey, Dan. If I get in some trouble, you know, will you walk over there, beat this guy down for me?’ And Dan simply said, ‘Why do I need to beat him down when I can stare him down?’ And that rule of life doesn’t go away…”

“You can stare a guy down, and he backs down; it is the art of war because the great generals never fire a shot,” Sonnen said. “They don’t need to. They align their troops and make the other people retreat. And if Chimaev is successfully doing that – If less than 20 minutes of action, three double-legs, a rear-naked choke, and a left hook – If that’s going to scare an entire division away in the Ultimate Fighting Championship, then shame on them. Fair play by Chimaev.”

What do you make of Khamzat Chimaev being restrained by security? 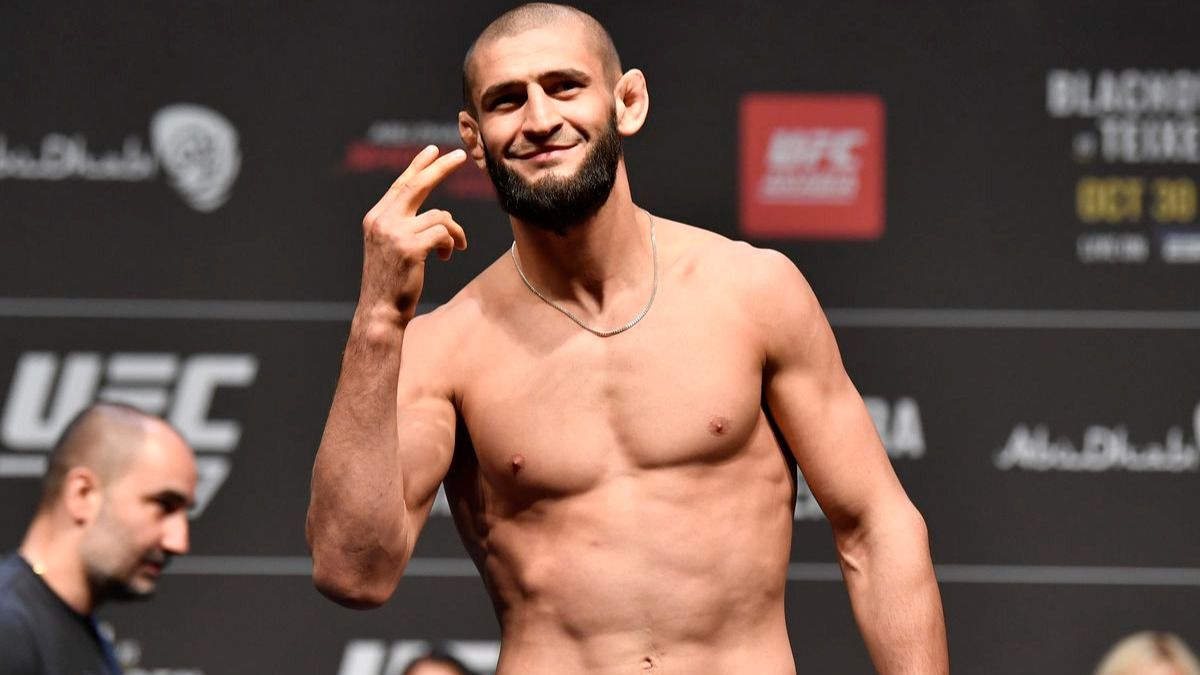