Even away from the Octagon, rising UFC welterweight star Khamzat Chimaev continues to show the threat he poses to the rest of the 170-pound roster.

Having returned to action last October at UFC 267 by brutally dominating and choking out Li Jingliang, Chimaev’s name is well and truly back on the agenda. With his dominance in the cage so far, which has seen him build an unblemished 4-0 UFC record that includes four finishes, many are touting “Borz” as a future champion.

Despite being in-between fights, training footage from Chimaev’s ongoing stint at Thailand’s Tiger Muay Thai gym has continued to show why he’s regarded highly in all aspects of MMA.

We’ve consistently seen his ability to rag-doll his opponents on the ground, and we even saw his knockout power in his third outing against Gerald Meerschaert, but how about the ability to land a crippling body shot?

Given the way he dropped a partner in a recent sparring session, we can certainly check that off the list…

Expanding beyond his usual preparation at the Allstar Training Center in Stockholm, Sweden, Chimaev has been getting set for his next appearance in the Octagon at the renowned Tiger Muay Thai facility in Phuket, Thailand.

There, the Chechen-born Swede has been training alongside some of the biggest names in the sport, from UFC stars Petr Yan, Rafael Fiziev, and Marlon Moraes, to undefeated Bellator champion Yaroslav Amosov, and ONE Championship kickboxers Chingiz Allazov and Roman Kryklia.

How many future undisputed champions in this picture? pic.twitter.com/2MmA6VJYXj

While Yan trains hard for his upcoming unification showdown with Aljamain Sterling at UFC 273 and Fiziev prepares for his February UFC Fight Night main event against former lightweight titleholder Rafael dos Anjos, Chimaev has been putting in the work ahead of a rumored next clash against #2-ranked welterweight contender Gilbert Burns.

With many believing “Borz” is just one big victory away from a shot at Kamaru Usman‘s 170-pound gold, a win against “Durinho,” who fought for the belt last February and defeated top contender Stephen Thompson five months later, could well book Chimaev a date with “The Nigerian Nightmare.”

Would you like to see Khamzat Chimaev face Gilbert Burns next? 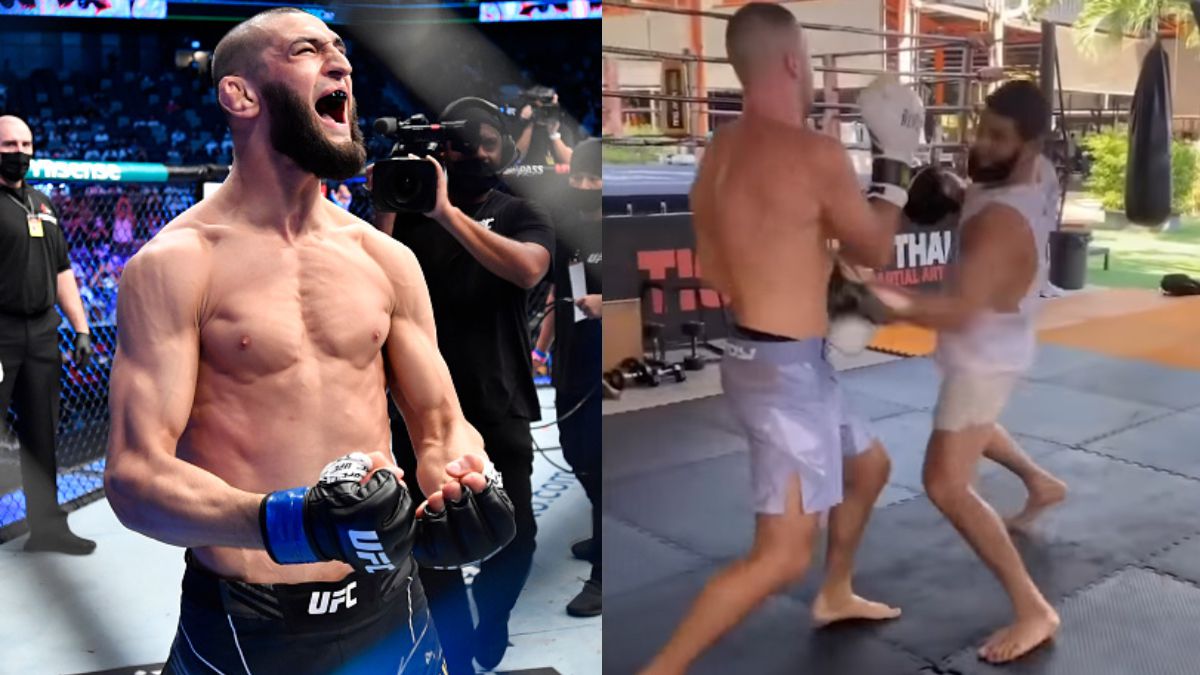