One UFC fan didn’t want Charles Oliveira to have adequate vision for his victory celebration after defeating Dustin Poirier at UFC 269.

Oliveira survived an early barrage from Poirier in the first round to eventually earn another submission victory inside the Octagon. He gassed Poirier out in Round 3 and sunk in a nasty standing rear-naked choke to successfully defend his lightweight title.

The moments after a UFC win are some of the most satisfying that an MMA fighter can have. Unfortunately, Oliveira’s moment of triumph quickly turned into a panic after one UFC fan in the crowd stole his glasses as he was making his way out of T-Mobile Arena.

Luckily, UFC security was right there and ready to get the glasses returned to their rightful owner.

“He stole it, he wanted to take it and wear it,” Oliveira said. “We got it back. The security guys from the UFC took it back.”

Oliveira can now see clearly into the future, where he looks ahead to a potential lightweight showdown with Justin Gaethje in 2022. While the UFC hasn’t formally announced that Oliveira vs. Gaethje will happen next, UFC President Dana White has agreed that it’s the fight to make at 155 pounds.

Who would you like to see Charles Oliveira fight next? 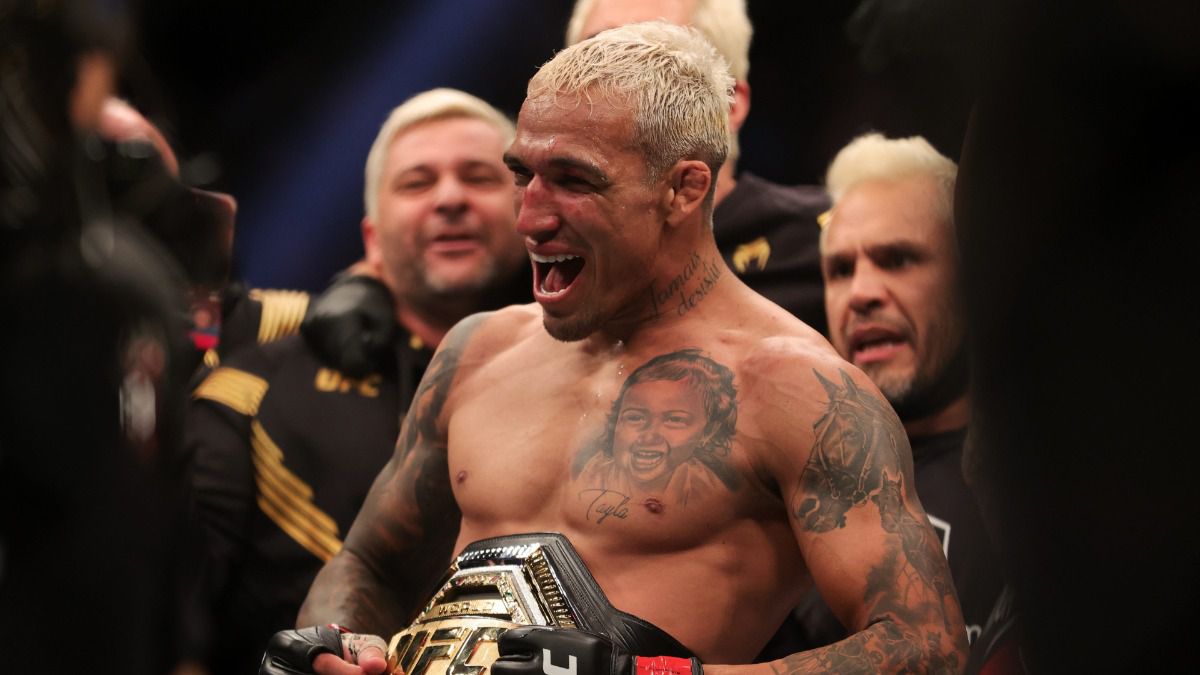