There’s at least one politician who followed through on giving the people what they want.

At UFC 269, Charles Oliveira defeated Dustin Poirier in a lightweight tussle and Julianna Peña pulled off one of the biggest upset in years when she defeated Amanda Nunes—mere exhibitions compared to the real smackdown last Saturday: a Brazilian mayor taking on a disgruntled political rival!

Imagine a council meeting where a mayor challenges a political rival to do something about it if he doesn’t like his policies. That’s essentially what took place in Borba, Brazil, with mayor Simao Peixoto (39) and his future opponent, Erineu Alvas Da Silva (44), aka “Mirico.”

As the story goes, Da Silva posted a video online in September criticizing the mayor’s job performance. Instead of wasting his time with those pointless “debates” and “negotiations,” the fine mayor opted for a good-ol-fashioned exchange of fisticuffs instead of ideas.

Specifically, Peixoto challenged Da Silva to an MMA fight. You can peep the challenge below.

After the fight was accepted, naturally, the mayor had to put in the hard training for the fight of his life, which was set to take place not at the ballots but in a cage.

The MMA fight was scheduled for three rounds, and the mayor would get the victory in the end via split decision. And much like most MMA-related feuds, the bad blood ended in mutual respect after sharing the cage together, with the two men embracing after the fight.

Without further ado, you can peep the action below! 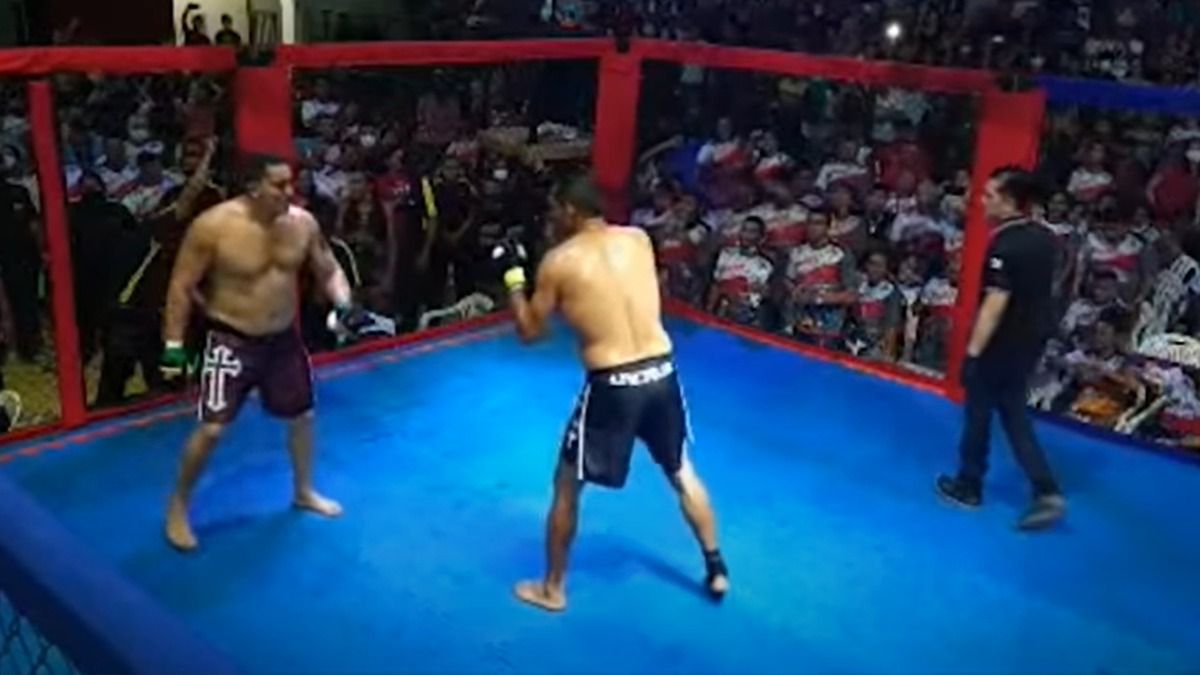