Despite the drama surrounding Novak Djokovic’s inability to play at this year’s Australian Open, UFC Featherweight Champion Alexander Volkanovski is still hoping to defend his title in his home country soon.

Djokovic’s back and forth situation in Australia has been one of the biggest sports stories of 2022 so far. While the country requires individuals to be vaccinated prior to arriving, the tennis star traveled to the Oceanic nation believing he had a medical exemption that would allow him to play at the Australian Open without being vaccinated against COVID-19.

The saga, which lasted over a week, has seen Djokovic denied the chance to defend his title and deported. The decision came despite a last-ditch appeal that the Serb’s camp hoped would reverse the visa cancelation struck on him by Immigration Minister Alex Hawke.

Djokovic was initially granted a medical exemption to enter the country by two independent health panels after he tested positive for the virus in December, although it was later revealed he hadn’t observed self-isolation rules after contracting COVID-19.

After Djokovic left Australia for Dubai at the weekend, the lengthy period of uncertainty was brought to an end but has left fans of the tennis star unhappy and the Australian government under scrutiny by some and supported by others.

But despite the evident strict rules and guidelines for entering Australia, the country’s UFC champion doesn’t believe it’ll stop him from defending his gold in front of a home crowd soon.

Discussing the globally-covered tennis drama during a recent appearance on Ariel Helwani’s The MMA Hour, Volkanovski suggested Djokovic’s situation is a prime example of why the UFC hasn’t tried to organize a card in the country.

Nevertheless, the New South Wales native expects the current rules and strictness surrounding the virus to die down in the coming months, paving the way for him to throw down in the Octagon with Australian cheers around him.

“Obviously, I care. But I mean, we’re just in this situation just right now. I feel like that’s gonna change. I think things will move on. I’m still hopeful, obviously, of defending my belt, and I’m hoping that’s the one after this one (UFC 273) that we can do it. I think it’s gonna happen, I really do.

“But yeah, (Djokovic) was a big story. I didn’t look too much into it but it was everywhere. But, that’s why, obviously, the UFC aren’t bringing it here. There’s a lot of hurdles to cross, so I think just time is what we need with all that.”

While he hopes for a home fight soon, Volkanovski will have to make do with the United States for his next outing.

After Max Holloway was forced to withdraw from the pair’s scheduled trilogy clash for UFC 272 in March, the Aussie’s search for a new opponent landed him at the feet of featherweight veteran “The Korean Zombie” Chan Sung Jung. The pair are expected to collide at UFC 273 in April.

While the location is yet to be made official, Volkanovski’s next defense is expected to go down at the VyStar Veterans’ Memorial Arena in Jacksonville, Florida.

Do you think Alexander Volkanovski could still defend the UFC title in Australia in 2022 despite the result of Novak Djokovic’s situation? 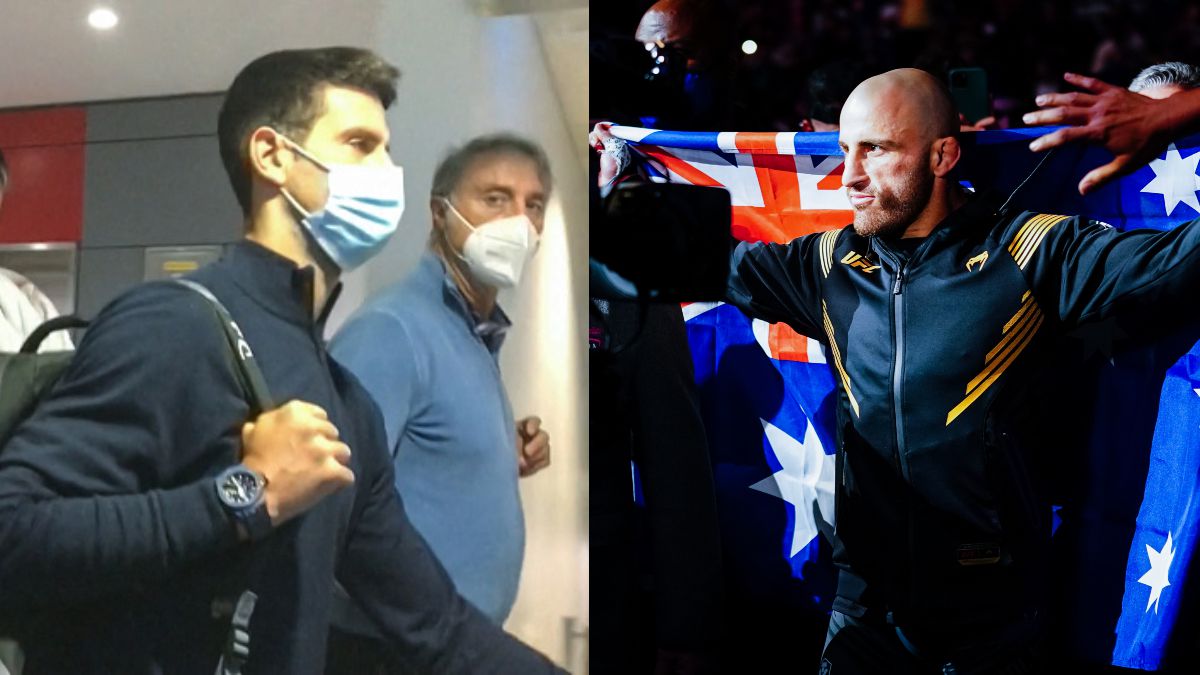