Chikadze fell to Calvin Kattar at UFC Vegas 46 via unanimous decision and left the Octagon bloodied and battered by Kattar’s boxing. He had won nine straight fights entering the bout.

Volkanovski was supposed to face Max Holloway for his next title defense before Holloway pulled out due to an injury. Chikadze had been one of the first featherweight contenders who threw his name into the conversation after news broke of Holloway’s withdrawal.

Volkanovski and the UFC opted to give Chan Sung Jung, otherwise known as ‘The Korean Zombie’, the next title shot as a replacement. This irked Chikadze and created quite the tension between him and the champion.

During a recent interview with Ariel Helwani, Volkanovski revealed whether or not he would’ve considered facing Chikadze next if he got the better of Kattar.

“Mate, to be honest, when he was carrying (I thought) not only does he have to win to even start talking, you know, let’s try and get out of that fight unscathed before you even ask, but then, I still don’t think he’d deserve it,” Volkanovski said. “Remember, he’s ranked #8. He was ranked #8 and he was fighting #5… He’s so surprised that I’m fighting Zombie; these guys (contenders for the title shot) are ranked higher than him, (and) were gonna be ranked higher than him even if he won. It just doesn’t make sense. Yeah you’ve got a winning streak, but let’s fight some contenders, let’s fight some top guys, and you did and look what happened.”

In the buildup to UFC Vegas 46, Chikadze blasted Volkanovski as a “chump” and alluded to losing respect for the 145-pound champion. After his loss to Kattar, he’ll likely need to go on another winning streak to get back into the featherweight title discussion.

If Volkanovski beats Jung, the UFC will more than likely attempt to book the Holloway trilogy again. For now, it appears that Chikadze is a long way off from getting a title shot against Volkanovski.

Do you think we’ll ever see Alexander Volkanovski vs. Giga Chikadze? 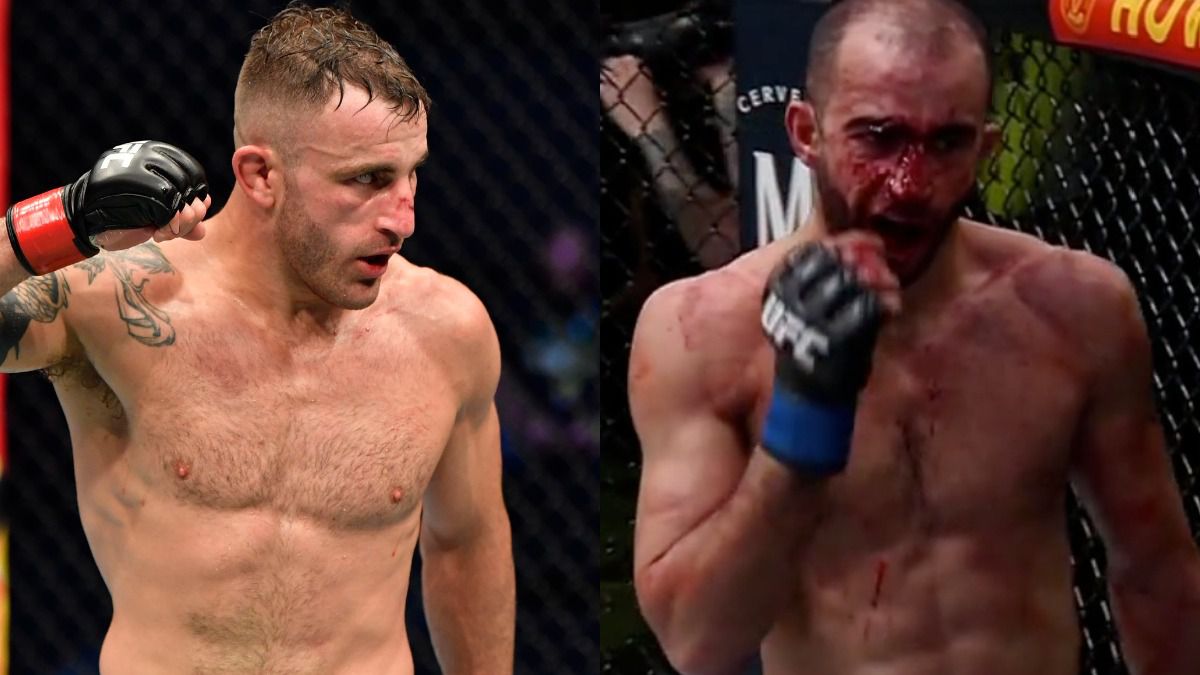