Alexander Volkanovski doesn’t believe Brian Ortega has what it takes to be a champ.

This weekend, Volkanovski will look to defend his featherweight title for a second time. Standing before him will be jiujitsu ace, Brian “T-City” Ortega. Volkanovski knows his opponent is a talented fighter that offers some challenges, but the champ doesn’t feel like Ortega has the drive to be a champion.

“I ain’t no athletically gifted human being, you know what I mean?” Volkanovski asked media, including MMA Junkie, at Wednesday’s UFC 266 media day at the UFC Apex. “I’m challenged in height, you know what I mean? Like, you name it. I was obviously heavy set, you name it. But, you know, it was just through hard work and busting my ass I got to where I am, and I’m living proof that anyone can do it or do whatever they want.

“Hard work, gets you to where I am. Talent only gets you so far, and he’s unprofessional. He ain’t doing what I’m doing. I guarantee you he doesn’t deserve that belt. He ain’t taking it from me.”

When it comes to adversity, Alexander Volkanovski (22-1)  is no stranger to prevailing over obstacles.

“The Great” hasn’t tasted defeat in the cage in nearly eight years. His 19-fight win streak extends across multiple organizations and three weight classes. Volkanovski used to weigh over 200lbs, but now he is in the final stages to defend his belt at 145lbs.

Volkanovski’s last outing saw him take a split-decision victory over Max Holloway at UFC 251. The Australian was scheduled to fight Ortega in March, but the bout was canceled due to COVID-19 protocols. The featherweights then went on to film The Ultimate Fighter 29 in lieu of immediately rescheduling the contest.

Who do you think takes home the featherweight title Saturday night? 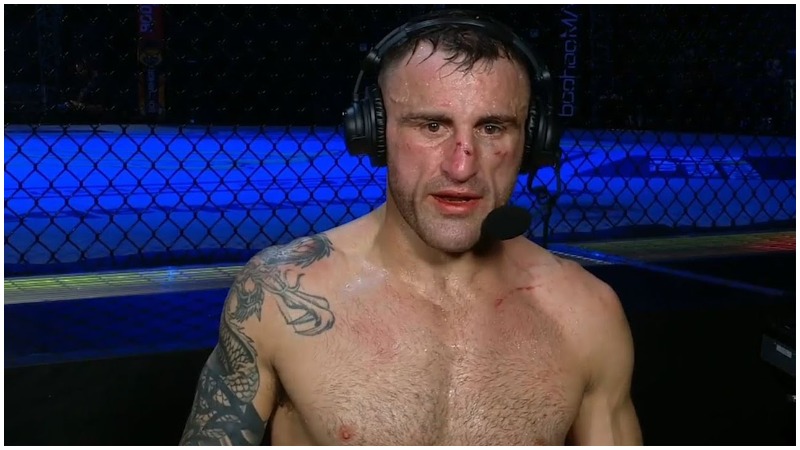