(VIDEO) MMA Fighter Lands A Head Kick That Shatters His Own Leg
published on November 25, 2021
curated and posted by BRWLRZ Team

Amateur MMA featherweight Dylan Kiskila scored a brutal knockout with a high kick last weekend but the force behind his own strike shattered his leg.

Dylan Kiskila was tasked with fighting Kai Duque. The fight served on the Captain’s Fight Club card last Saturday, held in Fargo, N.D. After Kiskila found a way to wrap his foot around the face of Duque, the contest would only last 34-seconds. Kiskila picked up the emphatic KO victory but the fighter won’t be making a quick turnaround after breaking his tibia while scoring the finishing blow.

After landing the devastating head kick, Kiskila slips and falls to the canvas as Duque crashes to the floor unconscious. When Dylan Kiskila attempts to stand back up and secure the finish, his foot folds under the pressure of his own body weight.

The amateur featherweight Dylan Kiskila will need some time to recover. Typically with tibia fractures and breaks, at least six months of rehabilitation is needed for a fair degree of recovery.

Are there more leg injuries in MMA nowadays? 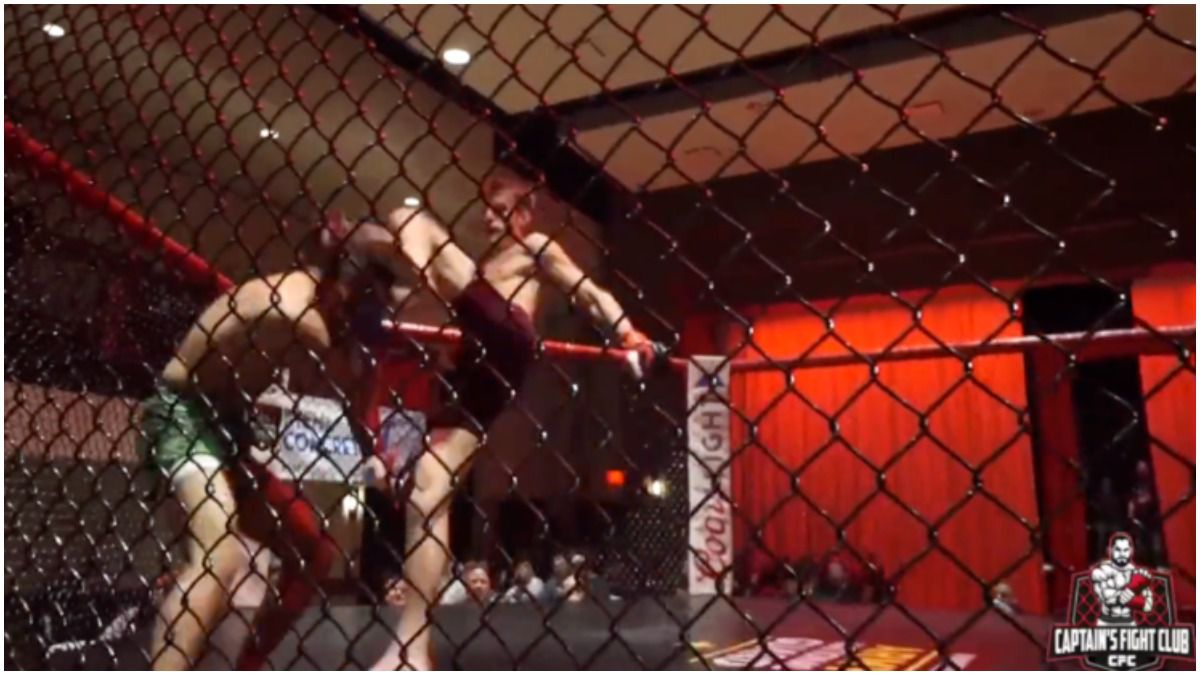