On Monday morning, Holland chased a would-be carjacker in his neighborhood, in his car, before then pursuing on foot and apprehending the alleged thief while waiting on responding officers to attend. Holland’s coach, Shug Dorsey, documented the footage of Holland apprehending the carjacker with the cops eventually getting there.

According to Holland’s coach, the middleweight contender called him to come help him with the carjacker.

“I could hear the cars turning corners,” Dorsey told MMA Junkie approximately one hour after the incident occurred Monday. “I asked him what streets he was on. He started telling me the streets. We joked that he was like a real cop, with us coordinating while he’s driving.”

According to Dorsey, once they began running on foot, Holland caught up to him and tripped him, and held him on the ground until the cops showed up.

“He’s running the guy down and trips him,” Dorsey said. “He wrapped him up and held him until the cops get there. (Holland) didn’t get taken down, but he got a takedown.”

This is also not the first time, Kevin Holland has done something like this, his coach said. Instead, Holland is always looking to help people out.

“He always does (things like this),” Dorsey said. “People only see certain things. People only see what’s put in the media. There’s been several instances where he’s helped people out. It’s nothing new to me. If he sees somebody in a bad situation, he’s going to render it.”

You can find a video that captured the tail end of the incident below.

Kevin Holland, of course, is coming off a No Contest against Kyle Daukaus on Saturday. The two clashed heads which flash KO’d Holland but the fight continued and Daukaus eventually got the submission. However, the fight was reviewed by the replay and ruled a No Contest. Prior to that, he lost back-to-back dominant decision losses to Marvin Vettori and Derek Brunson.

What do you make of Kevin Holland apprehending a carjacker on Monday? 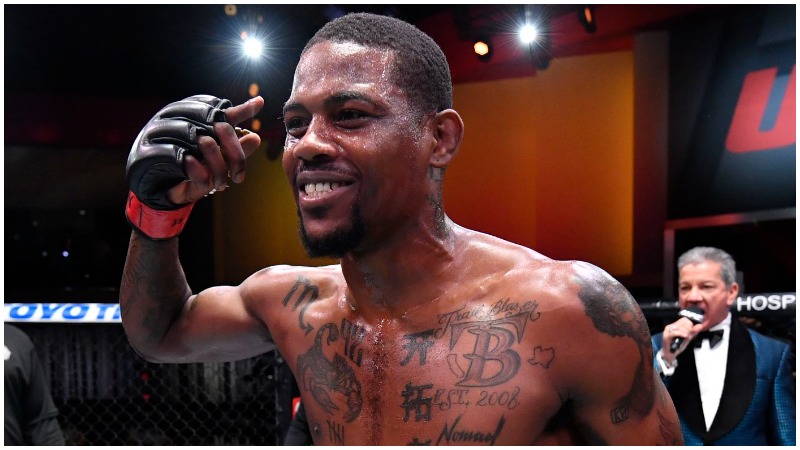