Vicente Luque On Chimaev Fight: All He Has To Do Is Say My Name
published on December 15, 2021
curated and posted by BRWLRZ Team

UFC welterweight contender Vicente Luque has welcomed a fight against rising star Khamzat Chimaev, saying the decision to sign the contract would be “simple” for him.

Luque has been on an impressive rise up the 170-pound ladder. Since a 2017 loss to the #3-ranked Leon Edwards, the Brazilian has gone 10-1, defeating the likes of Niko Price, Bryan Barberena, Mike Perry, and Randy Brown, and losing to only Stephen Thompson.

Since his setback to “Wonderboy,” Luque has won four straight, including 2021 victories over former champion Tyron Woodley and then-top-five contender Michael Chiesa. His victory over “Maverick,” which came at UFC 265 in August, saw “The Silent Assassin” expertly reverse position to submit Chiesa with a D’Arce choke.

After his latest victory, Vicente Luque continued his callouts of fan-favorite Nate Diaz, with the Stockton native even appearing to publicly accept the fight. But with talk of that clash disappearing, the 30-year-old is now on the hunt for other potential foes, and he’s certainly not afraid of anyone, not even an undefeated brute outside the top 10.

After making a splash in the UFC last year, Khamzat Chimaev was forced to the sidelines with a bad bout of COVID-19. When he returned at UFC 267 in October, “Borz” immediately entered the rankings and the title conversation with a first-round domination of Li Jingliang.

Reports initially suggested the promotion was targeting a matchup between Chimaev and #2-ranked contender Gilbert Burns. However, it’s now a teammate of “Durinho” pushing for a clash with the Chechen-born Swede.

During an Instagram live session, Luque started by praising his welterweight peer and acknowledged why there is so much hype surrounding his blossoming career. However, that doesn’t put him off entering the Octagon with Chimaev. The Brazilian said he’d have no problem accepting the fight and encouraged “Borz” to call out his name.

“I sure understand the hype behind it. He looks great in fights, he seems like a really strong guy. He goes in there and finishes every fight. So I understand the hype, I understand why the UFC wants to put you in big fights. Many people ask me about this fight (against Chimaev). And I’m here. If he mentions my name – because I didn’t hear him say my name – if he says my name and the UFC sends me the contract, I’m going to sign that contract. This is simple for me.

“But he didn’t mention my name. I think he said, ‘Anyone in the top.’ Well, when someone mentions my name and asks for this fight, I’m going to do it for sure. I think it’s a great fight, it’s an exciting fight. He’s a monster. He goes in there and tries to finish the opponent every second. It’s not much different from what I do. It would be a great fight, that’s for sure. If he wants to, if he warns the UFC and if they warn me, we’ll do it,” he concluded. (h/t ESPN)

It’s perhaps unsurprising that one of the welterweights open to fighting Chimaev is Luque. “The Silent Assassin” has built a reputation as an always-game individual who doesn’t hesitate when it comes to accepting fights—unless it’s against his teammate Burns, of course.

Now that Luque has joined Neil Magny in calling out “Borz,” the idea that top contenders in the 170-pound weight class are avoiding him, a narrative pushed by many, including Derek Brunson, has perhaps lost its legs.

How do you think a fight between Vicente Luque and Khamzat Chimaev would play out? 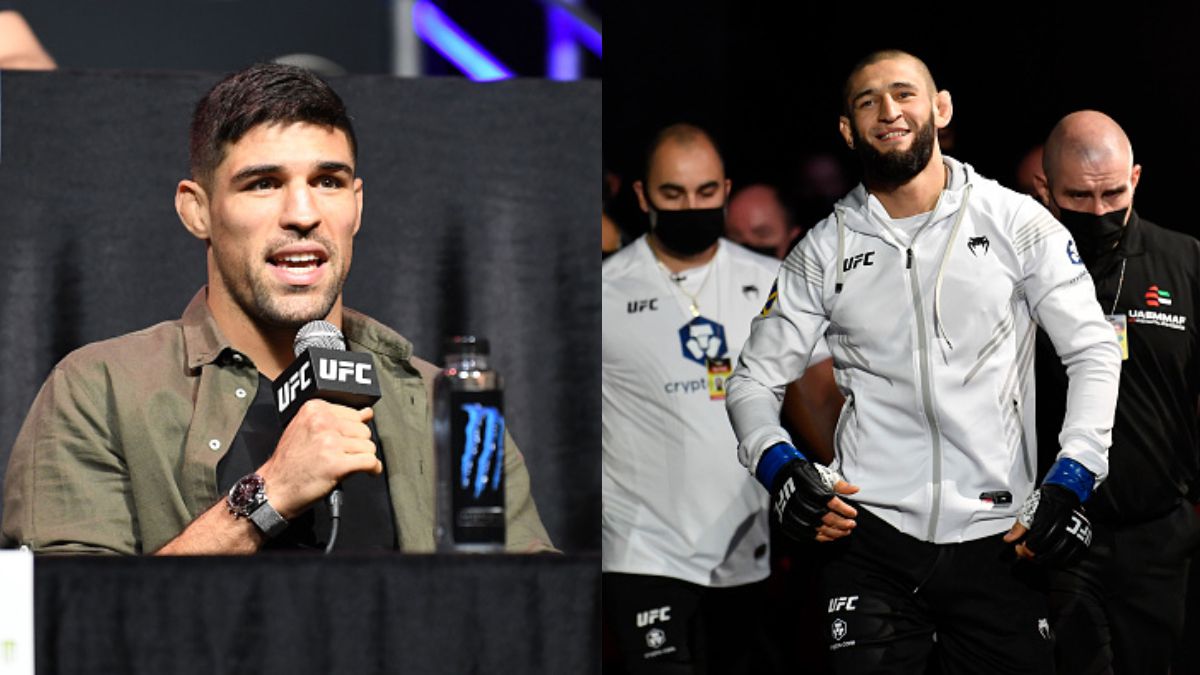