UFC welterweight contender Vicente Luque has called for a title eliminator against #2-ranked Leon Edwards, and suggested he could make weight for UFC 269.

Luque has surged into the 170-pound top five with back-to-back submission wins in 2021. The Brazilian initially entered it after a memorable victory over former champion Tyron Woodley at UFC 260 in March. Michael Chiesa then sent Luque back to #6 in the summer without either man fighting prior to the rankings update.

Luque reversed that change in emphatic fashion when he met “Maverick” at UFC 265 in August. After escaping multiple submission attempts against the grappling specialist, “The Silent Assassin” lived up to his moniker, reversing position and locking Chiesa in a D’Arce choke.

Luque: “It Would Remove Any Doubts”

Luque’s second D’Arce choke triumph of 2021 marked his fourth straight victory. Prior to his successes against Woodley and Chiesa, the 29-year-old finished Randy Brown and Niko Price. A defeat to perennial contender Stephen Thompson in 2019 is Luque’s only blemish in his last 11 Octagon outings. In that time, he’s secured six bonuses, five of which have come in his last six appearances.

Having entered championship contention, “The Silent Assassin” believes he has earned a title eliminator. After Jorge Masvidal’s withdrawal from his UFC 269 clash against Leon Edwards, Luque pitched a number one contender contest with “Rocky” during an interview with AG Fight.

While the Englishman has announced his intention to move towards a rematch with Kamaru Usman for the gold, Luque suggested he’d be ready to fill in for “Gamebred” at next month’s pay-per-view. That’s despite the fact he missed weight as backup for the UFC 268 main event earlier this month.

“I would accept (the fight). I saw a lot of people talking about this fight and I didn’t say much because there were a lot of people asking. I’m always ready, I couldn’t beat the weight to be in reserve for Kamaru (Usman) and Colby (Covington), but I got the news within 10 days. If the UFC calls me, I’ll be in and sign a contract. A month is easy to beat the weight and I would still have time to do a good workout,” Luque said. (h/t BJPenn.com)

While some fans are calling for Edwards to receive the next shot, something the Jamaican-born Brit believes he is long overdue, others believe Luque should sit at the top of the queue. According to the Brazilian, a title eliminator between the pair makes the most sense.

Would you like to see Vicente Luque and Leon Edwards collide in a title eliminator? 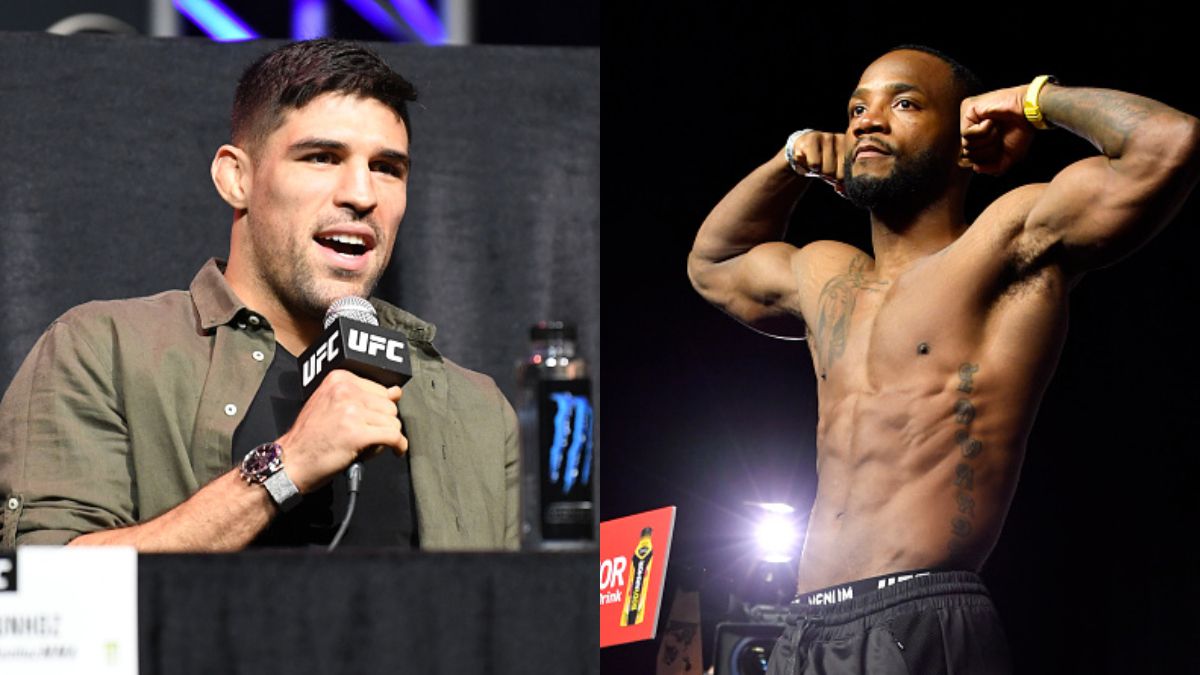