Vettori to Adesanya: I Will Haunt You Until You Leave This Sport
published on December 22, 2020
curated and posted by BRWLRZ Team

Marvin Vettori will not rest until he gets a rematch with reigning UFC middleweight champion Israel Adesanya.

The closest Israel Adesanya has ever come to a loss on the judges’ scorecards came against Marvin Vettori in 2018. To this day, Vettori argues that he was the rightful winner of that bout and he has never stopped lobbying for a rematch. As Israel Adesanya continued to climb up the ranks of the middleweight division while Vettori was unranked, it seemed unlikely that the Italian would get his wish. Adesanya himself believed that it was out of the question that Vettori would earn a title shot and that Vettori’s trash talk and fixation on him was reflective of insecurity and a subconscious awareness that he would never earn a rematch.

But all of a sudden, “The Italian Dream” is ranked #5 in the middleweight division and may be as few as one win away from being the #1 contender. Vettori remembers Adesanya’s prediction very well and is determined to make Adesanya officially eat his words in a rematch.

“It’s just so nice to prove this guy wrong,” Vettori said about Adesanya when speaking to MMA Fighting. “To kind of show him I’m right back in his face. I’m right here, motherf**ker. Just look in my eyes. I’m going to be your worst f**king nightmare until the day you f**king retire. That’s what it is.”

Israel Adesanya has not commented publicly on Marvin Vettori since Vettori’s most recent victory over Jack Hermansson that snagged him a spot in the top 5 of the rankings. But for Vettori, he does not need to hear Adesanya mentioning him to know that he’s in the champion’s head.

“I’m sure he’s feeling it. He didn’t say nothing, but he’s feeling the pressure,” he said of Adesanya. “There’s nobody that’s coming out with such an overwhelming force in this division. With such hunger and will to become the champion. There’s nobody like this. He’s definitely feeling it. If I had to defend the belt against me, I would not feel calm, relaxed. I’d be feeling pretty stressed. I feel like he’s feeling that way, too.”

Do you think we will ever see a rematch between Israel Adesanya and Marvin Vettori? 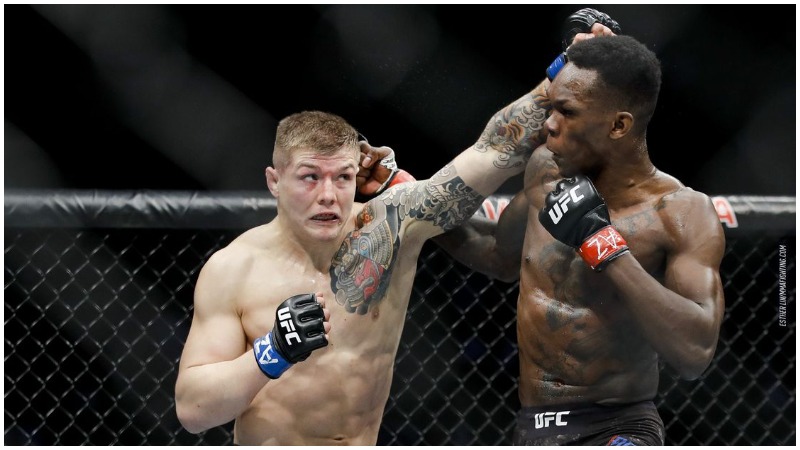