Vettori Names The One Lightweight Who Will Give Makhachev Problems
published on November 10, 2021
curated and posted by BRWLRZ Team

UFC middleweight contender Marvin Vettori has revealed who he thinks will cause surging lightweight Islam Makhachev the most trouble at 155 pounds.

Makhachev’s rise up the divisional ladder has been as fast as it’s been dominant. Since a shock knockout loss to Adriano Martins at UFC 192 in 2015, the Dagestani has gone 9-0. Among his active streak has been victories over Nik Lentz, Gleison Tibau, Arman Tsarukyan, and Drew Dober.

After submitting Dober in March this year, Makhachev secured his first UFC main event spot. In the UFC Vegas 31 headliner, the 30-year-old fought ranked contender Thiago Moisés. In the fourth round, Makhachev locked in a rear-naked choke and forced the Brazilian to tap.

Having somewhat controversially jumped into the top five following his win against the #14-ranked lightweight, Makhachev entered the Octagon for the third time this year at UFC 267 last month. After his bitter rival Rafael dos Anjos withdrew, he took on Dan Hooker, who accepted the fight just days out from his rebound victory over Nasrat Haqparast.

In front of a strong Russian presence in Abu Dhabi, Makhachev recorded his third submission triumph of the year, and perhaps his most impressive to date. It took him just two minutes and 25 seconds to take “The Hangman” down, lock in a brutal kimura, and force the submission.

Makhachev has always been touted as a future champion by his friend and teammate Khabib Nurmagomedov and AKA head coach Javier Mendez. His victory over Hooker certainly spread the consensus that the Dagestani is capable of big things in the UFC. One man that took notice was former middleweight title challenger Marvin Vettori.

During an appearance on the Real Quick With Mike Swick Podcast, “The Italian Dream” revealed he’d trained with Makhachev in Las Vegas, and described him as a fantastic fighter. However, he did suggest there’s one man in the lightweight top five who will cause him problems inside the Octagon.

“Islam is a great guy. I had the chance to train with him one time in Vegas actually. He’s a hell of a fighter for sure. But there’s one guy, there’s one guy that might have, you now, will give him a lot of problems. I don’t know if I wanna see this fight now or when either of them is champ. That guy is my teammate Beneil Dariush. That’d be a crazy fight and I can’t wait to see that eventually. But yeah, he’s (Makhachev) a phenomenal fighter.”

Dariush currently sits at #3 in the 155-pound division. Since defeats to Edson Barboza and Alexander Hernandez, the Iranian-American has built a seven-fight winning streak that includes highlight-reel knockouts of Drakkar Klose and Scott Holtzman, as well as triumphs against Drew Dober and Thiago Moisés.

After getting past Carlos Diego Ferreira, Dariush secured a pay-per-view co-main event against former interim champ Tony Ferguson. In dominant fashion, the 32-year-old had his hand raised at UFC 262 via unanimous decision. He then found himself inside the top three and within touching distance of a title shot. With Justin Gaethje seemingly next in line following his victory over Michael Chandler at UFC 268, it stands to reason Dariush will face either “Iron” or Makhachev in a title eliminator.

How do you think a fight between Islam Makhachev and Beneil Dariush would play out? 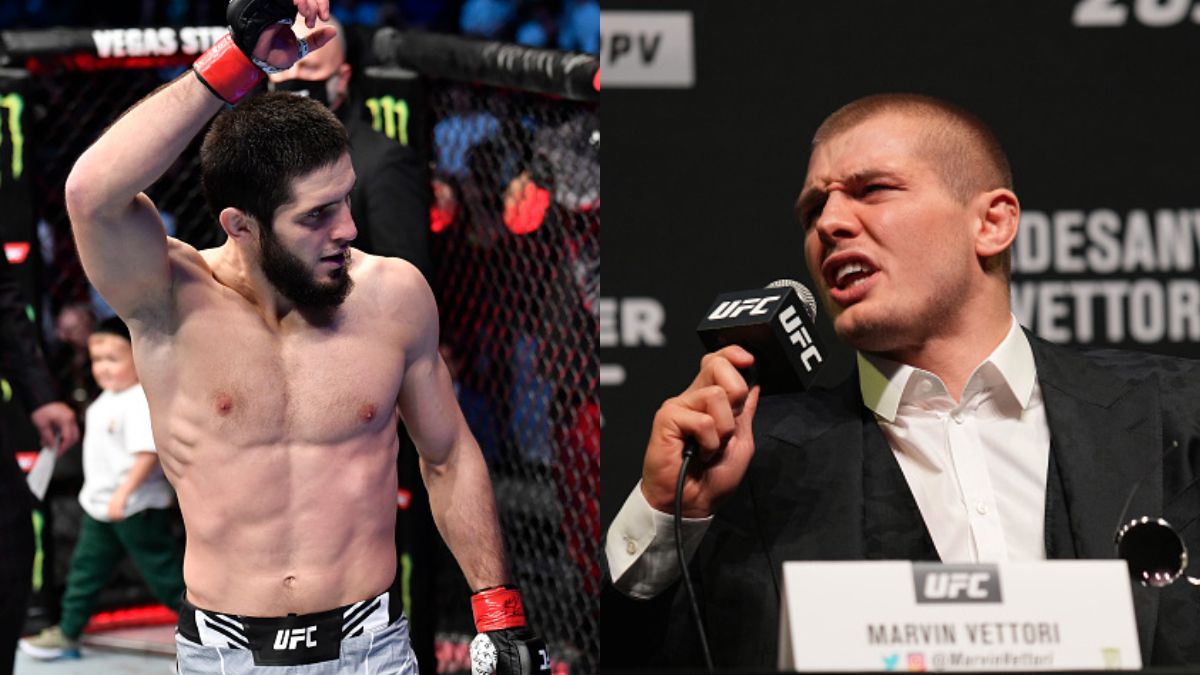