Tonight, UFC Octagon ring girl Brittney Palmer will complete another year with the promotion, and she doesn’t plan on slowing down anytime soon.

The 34-year-old Palmer made her debut in the Octagon back in 2005 and has been a key element of UFC cards ever since. She most recently earned the award of “Ringcard Girl of the Year” at the 2021 World MMA Awards.

Palmer is also a prominent presence with many different brands around the world, including Reebok and W Hotels.

During a recent interview with MMA Junkie, Palmer spoke about her future with the UFC and how long she plans on working events.

“Dana’s gonna have to drag me by my hair,” Palmer said. “Who knows? I just kind of live today, and today I’m working for UFC. So we’ll see.”

Palmer, along with ring girls such as Arianny Celeste and Brookliyn Wren, has been an important part of the entertainment aspect of MMA. Palmer has also garnered quite the following on social media, with over a million Instagram followers on her page. She also has a degree in Art History from UCLA and has showcased her artwork in Los Angeles, Miami, and New York City.

Palmer will be present at the UFC Vegas 45 card tonight, which features a main event between heavyweight contenders Derrick Lewis and Chris Daukaus. Continuity is never a given when it comes to combat sports, but Palmer has proven to be one of the most continuous aspects of the UFC. 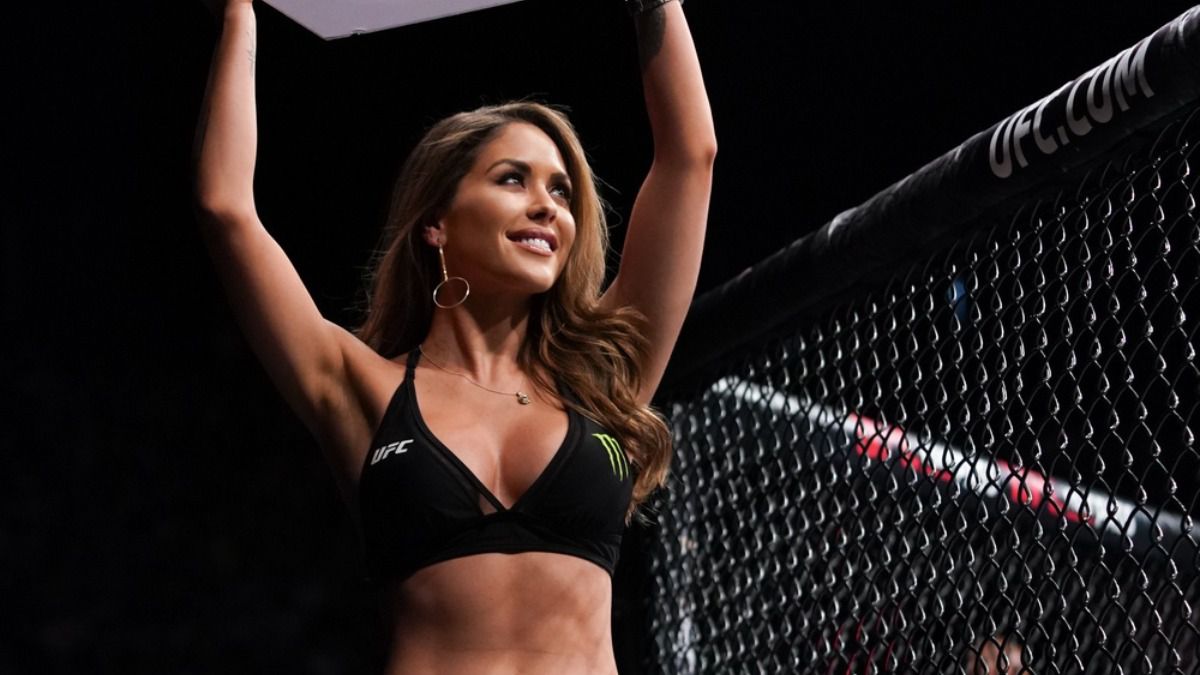