Usman Would Like Covington Trilogy Even If He Beats “Chaos” Again
published on November 6, 2021
curated and posted by BRWLRZ Team

Despite planning for an emphatic second victory over Colby Covington at UFC 268, UFC Welterweight Champion Kamaru Usman doesn’t want it to signal the end of their rivalry.

Since reaching the top of the 170-pound mountain, Usman has been dominant. There’s no doubt he’s developed into one of the top champions in the UFC, and he’s certainly making a run for GOAT status. Having dethroned Tyron Woodley in 2019, Usman’s first challenge came from Covington.

At UFC 245, the pair collided in a memorable main event. After four competitive rounds, many had it 2-2 on their scorecards. Ultimately, the champ’s power and conditioning proved to be the edge. After two knockdowns, referee Marc Goddard ended the fight with less than a minute remaining.

Whilst Covington has entered the cage just once in the near-two-year period since, a stoppage victory over the now-released Tyron Woodley, “The Nigerian Nightmare” has defended his belt a further three times. Having pushed past the challenges of Gilbert Burns and Jorge Masvidal, Usman will look to prove his dominance over “Chaos” this Saturday inside Madison Square Garden.

As well as a high level of competition and activity since his first meeting with Covington, Usman has also formed a formidable partnership with renowned coach Trevor Wittman. The champion’s team switch has seen him grow to new levels on the feet, resulting in the finish of Burns in February and the brutal knockout of “Gamebred” in April.

While Covington has also changed camps, making the move from American Top Team to MMA Masters, his new setup is yet to be tried and tested against a top opponent. With that said, many, including Usman’s teammate Justin Gaethje, have predicted another display of dominance from the champ.

While he certainly wants to put his arch-rival away again, Usman isn’t keen on closing the Covington chapter of his career. Speaking at UFC 268 media day, “The Nigerian Nightmare” suggested he’d like the former interim champ to make his way back into title contention following this weekend’s event. That desire derives from Usman’s monetary aspirations, something he believes pay-per-view headliners with Covington help fulfil.

“I don’t know. Because now, I’m in the business of pay-per-views. So I don’t know if I want him that far back. Of course, I want to go out there and stop him, but I want him to quickly make his way back so I can stop him again for a little bit more money,” Usman said with a wide smile.

Interestingly, Covington doesn’t believe Usman will want a trilogy even if he loses the title on Saturday night. Whilst a third fight seems likely if we hear ‘and new’ at UFC 268, another shot at Usman’s throne would likely be some way away for “Chaos” if he falls short of gold again. That’s especially true with contenders like Leon Edwards, Vicente Luque, and now Khamzat Chimaev all vying for a crack at unseating the champ.

Who do you think will leave Madison Square Garden with the welterweight gold, Kamaru Usman or Colby Covington? 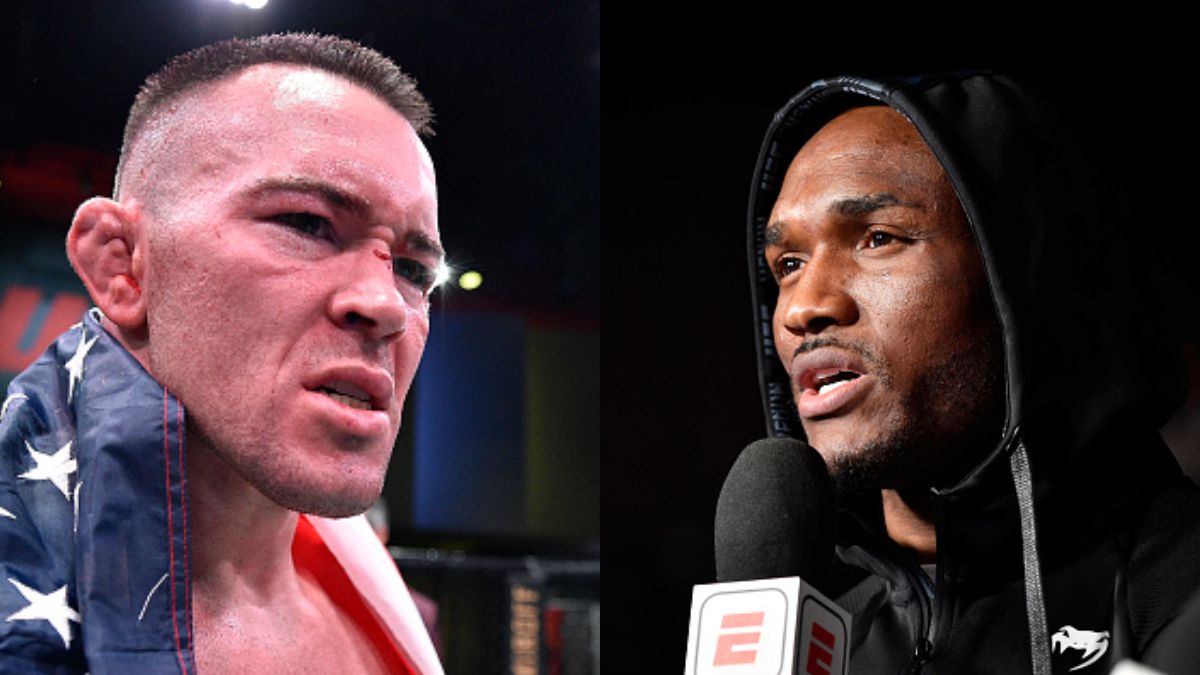