Usman Co-Signs Idea Of Who Could Serve As Nick Diaz’s Next Opponent
published on October 7, 2021
curated and posted by BRWLRZ Team

Prior to this past weekend’s UFC 266 card, Nick Diaz laid out a grievance. He did not understand why he was being paired with Robbie Lawler for a second time and argued that his big return should have come against Kamaru Usman instead. Usman approved the Diaz “energy” found in these remarks.

However, after losing via TKO (Retirement) to Lawler at UFC 266, there have been doubts as to whether or not we ever see Diaz compete in the Octagon again. Continuing to follow the highly publicized return of the Stockton great, Usman has again shared some comments on Diaz.

If Nick Diaz does indeed fight again, who should his opponent be? UFC President Dana White has not committed to bringing Diaz back for another fight. However, prior to UFC 266, Diaz stated that if he lost to Lawler, he’d definitely want to fight again. While Usman himself did not volunteer a suggestion for who should be Diaz’s next opponent, he did take the time to re-tweet one idea that caught his attention.

“Nick Diaz vs. [Donald Cerrone] is not a bad idea in my humble casual opinion,” the self-proclaimed casual MMA fan suggested.

Donald Cerrone is no doubt another widely respected and beloved OG of the fight game. He also just so happens to be the same age as Diaz of 38. The possibility of these two legends fighting one another right now is logical on many fronts. What would make it even more memorable is if it turned out to be the farewell UFC fight for both athletes.

It’s easy to see the argument for pairing these legends together, even if they both choose to continue fighting afterward. Yet, with the careers of Donald “Cowboy” Cerrone and Nick Diaz going down similar paths, it might be more fitting for these gunslingers to ride off into the sunset together after firing off just a few more rounds for the admiring crowd to salute.

What do you think of the idea of Nick Diaz fighting again, this time against Donald “Cowboy” Cerrone? 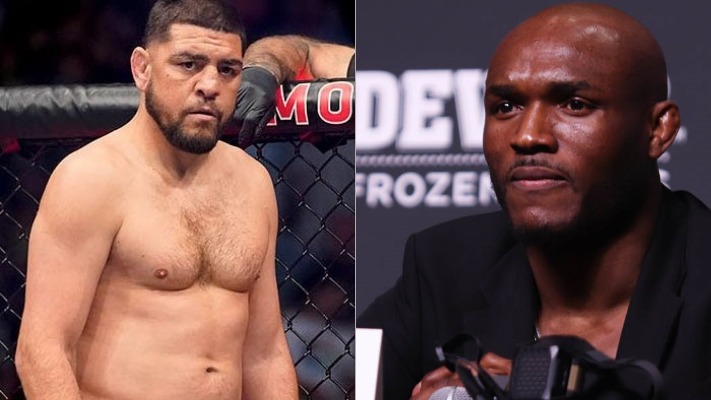