André Muniz will get his momentum at middleweight tested when he fights Uriah Hall.

The new matchup has joined UFC’s April 16 event, per Guilherme Cruz of MMA Fighting. The bout has reportedly been verbally agreed upon and is in the process of being finalized.

The matchup is joining a “Fight Night” card that doesn’t have a confirmed location yet.

Muniz has yet to lose through four fights in the UFC. He has gained a reputation for being a submission specialist, stopping his past three opponents all in the first round. His most recent win came just last month, catching Eryk Anders with an armbar at UFC 269.

Muniz beat a legend earlier in 2021, stopping Jacare Souza with an armbar in May. The fight would end up being Souza’s last fight, as he announced retirement later that year.

When putting together the victories that Muniz has earned before and after joining the UFC, he is currently on an eight-fight winning streak.

A win against Hall could shoot Muniz up the rankings. He is currently placed #13 in the official UFC rankings, while Hall sits up at #9.

Hall Fighting To Come Back From Strickland Loss

Hall, a UFC veteran of 18 fights, will be attempting to return to the win column. He lost a main event fight in his most recent appearance, dropping a unanimous decision to Sean Strickland in July.

Hall had some momentum before then, stringing together four wins from 2018 to 2021. The most recent of the victories was a brutal fight, as his bout against Chris Weidman was stopped in just 17 seconds due to Weidman’s leg visibly breaking.

Do you see Uriah Hall stopping the momentum of André Muniz? Or will Muniz be able to keep his streak going? 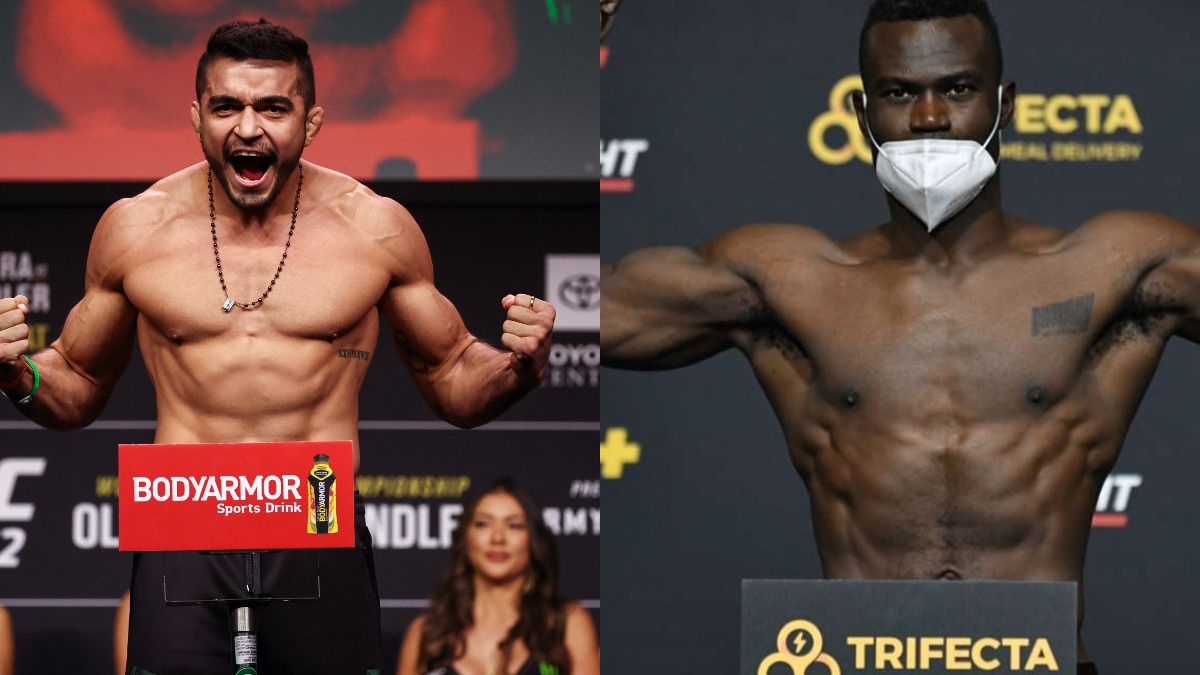