Ex-NFL player Zac Stacy was arrested in Florida after savagely beating his ex-girlfriend in front of their 5-month old son, and UFC‘s Uriah Hall is seeking vengeance.

In Oakland, FL., police answered a domestic disturbance call on Saturday afternoon. Law enforcement responded to the emergency call within two minutes. Upon arrival, officers were able to determine that a domestic battery situation took place but the suspect Stacy, fled the scene. Authorities indicate that Stacy was arrested shortly after flying to Florida, from Nashville, Tennessee.

Despite fleeing initially, police intercepted Stacy On Thursday. Officials announced two charges pending against the former NFL running back as he currently sits in jail. If found guilty of the alleged aggravated assault and criminal mischief charges, Zac Stacy could face up to 15 years in prison.

Uriah Hall Has A Bone To Pick With Zac Stacy

In the graphic video first shared by TMZ, the former NFL player violently throws his ex-girlfriend into a TV and baby bouncer. Zac Stacy repeatedly punched his ex-girlfriend/mother of his child (Kristin Evans) during the video. After the incident took place, police authorities in Fl., explained Kristin Evans was moved to an undisclosed location for her safety.

Following the violent event, the #9-ranked middleweight Uriah Hall expressed that it’s on sight if he ever runs into the former NFL running back.

Looking for a wife beater Zac Stacy anyone seen him? Looking to give an ass whooping on site !!!

“Looking for a wife beater Zac Stacy anyone seen him? Looking to give an ass whooping on site !!!” Uriah Hall posted.

After being arrested in Fl., it was reported that Zac Stacy surrendered without incident. According to jail records, Zac Stacy is residing in an Orange County (FL) jail until charges can be rendered in court. Orlando Police Department is the listed arresting agency. While justice and due process need to be served first, it appears Uriah Hall is more than willing to take the law into his own hands if he ever runs into Stacy. 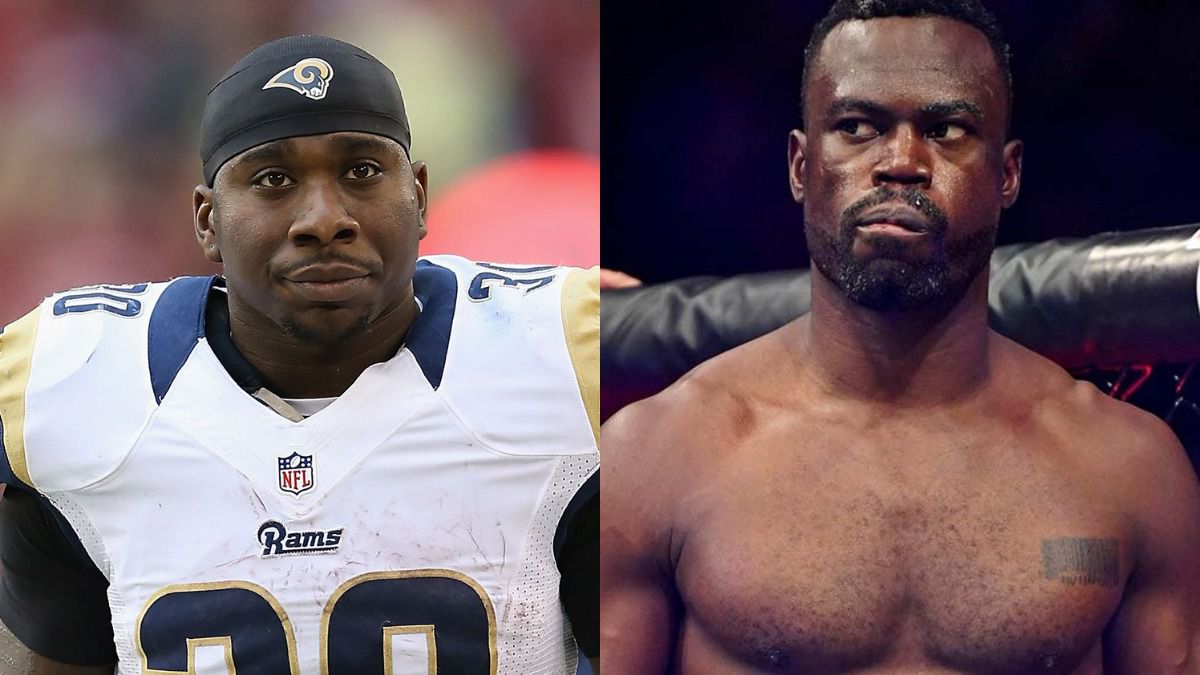