Uriah Hall Calls Out Darren Till Again After Receiving No Response
published on November 24, 2021
curated and posted by BRWLRZ Team

UFC middleweight Uriah Hall has continued to set his sights on fellow 185-pound contender Darren Till for his next Octagon appearance.

Hall, who’s been in the world’s leading MMA promotion since a defeat to Kelvin Gastelum in The Ultimate Fighter 17 middleweight final, has consistently fallen short of title contention, and is considered one of the most prominent former future stars who haven’t managed to make their mark.

After going 1-4 between 2015 and 2018, a period which included defeats to current top fives Robert Whittaker, Derek Brunson, and Paulo Costa, Hall mounted another surge towards the top. He built a four-fight winning streak that saw him defeat Bevon Lewis, Antônio Carlos Júnior, and Anderson Silva.

After a gruesome broken leg gave him the victory over Chris Weidman earlier this year, Hall was matched up with rising contender Sean Strickland. The pair faced off in the main event of UFC Vegas 33 in July. Across five rounds, “Tarzan” dominated “Prime Time” and secured a comfortable unanimous decision win.

Hall Wants “The Gorilla” Next

Despite a hefty setback keeping him at the back-end of the divisional top 10 and a sizable step away from title contention, Hall remains eager to get back into the Octagon and back into the win column. In a tweet earlier this month, the Jamaican-born American called out another middleweight coming off a devastating loss.

“@darrentill2 wanna do a backyard fight in your hometown,” wrote Hall.

Till, who made the move up to 185 pounds from welterweight in 2019, headlined the European-flavored UFC Vegas 36 card against Brunson in September this year. The Liverpudlian was largely dominated throughout and tapped to a rear-naked choke in the third round.

With both Till and Hall looking to bounce back, the matchup appears to make sense. However, the 37-year-old has been met with silence from “The Gorilla,” something which has drawn out a second call out. Taking to Instagram, Hall reminded Till that it’s been 13 days since he first challenged him.

Like Hall, Till was tipped for greatness early in his career. After falling short of the 170-pound gold against Tyron Woodley and being knocked out for the first time by Jorge Masvidal, “The Gorilla” looked to pursue a new title. A divisional debut win against Gastelum in 2019 put him on the right track, but losses to Brunson and Whittaker since have put the Englishman’s career in limbo.

It stands to reason Till will be eager to get back into form against another fighter coming off a loss, especially a veteran like Hall. With that in mind, it’s hard to see Till not responding to the 37-year-old’s callouts sooner or later.

Would you like to see Uriah Hall and Darren Till collide in 2022? 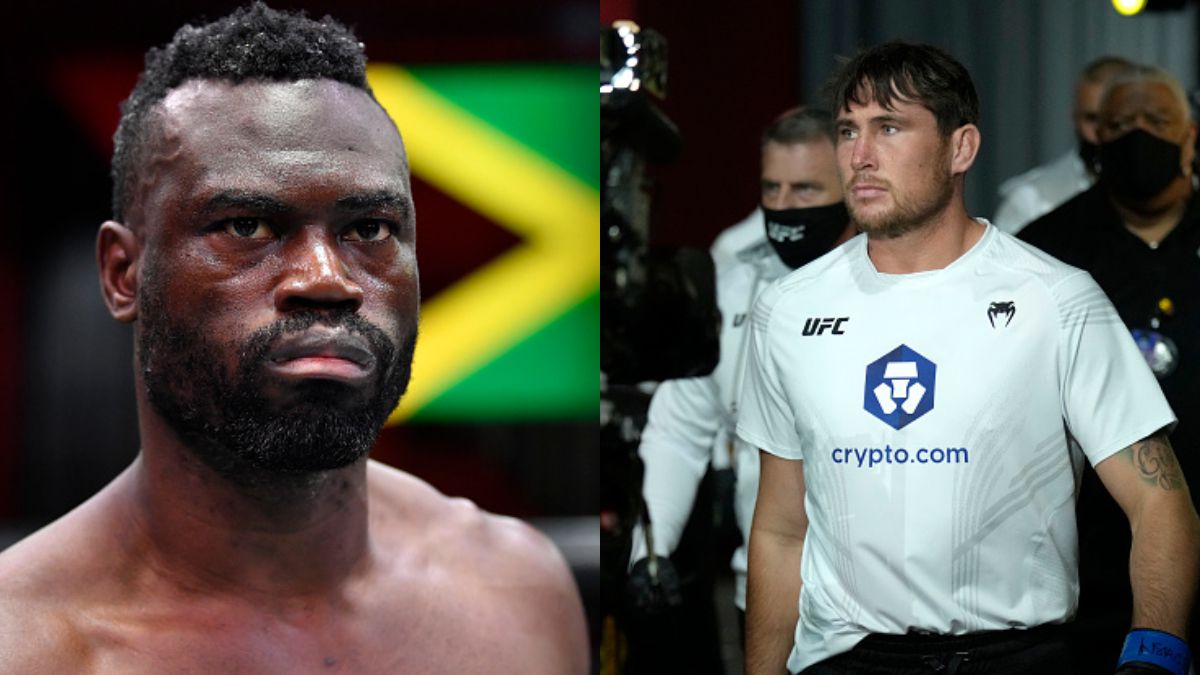