Update: Jon Jones posted bail on Saturday and is due to appear in court on October 26. The judge ruled that a “biological specimen” must be submitted by Jones for forensic analysis, according to an ESPN report.

Jon Jones’ advisor Richard Schaefer provided the following statement to ESPN regarding the charges against his client.

“The facts are still developing. We really don’t know yet the full story, so I’m not going to make any comment until I have a chance to talk to Jon and until we see how this plays out.”

MMA News will continue to keep you updated on this story as more details become available.

Jon Jones is once again in trouble with the law. ESPN’s Marc Raimondi dropped the bombshell regarding UFC legend Jon Jones on Friday afternoon:

“Jon Jones was arrested early Friday morning by the Las Vegas Metro PD, a police spokesperson told ESPN. Jones is being charged with battery domestic violence and injuring and tampering with a vehicle.”

Of course, Jon Jones has had other run-ins with the law during his illustrious UFC career. He was involved in a hit-and-run accident involving a pregnant woman in 2015 that ultimately led to Jones vacating the light heavyweight championship. He was also involved in a DWI case last year in which he reached a plea deal. He also took a plea deal in a 2016 drag racing case where he was captured on video having a heated dispute with a police officer during the stop.

This unfortunate news is coming literally hours after Jones made the following remarks regarding his future plans upon his UFC return:

Jon Jones is set to make his initial court appearance on Saturday morning, and his bail is set at $8,000: $5,000 for the tampering with a vehicle charge and $3,000 for the domestic battery charge.

We will keep you updated on this breaking story the moment any additional details become available. 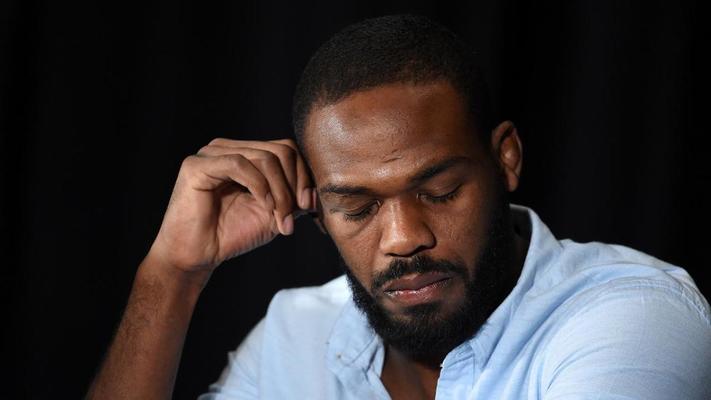