An update on Jon Jones‘ latest run-in with the law was provided Tuesday afternoon.

In September, Jones was arrested for misdemeanor battery domestic violence along with injuring and tampering with a vehicle. An initial court date for these charges was scheduled for October, but that has now been pushed back to January via a Tuesday report from MMA Fighting.

According to the report, Jones is still awaiting confirmation on any pending charges he may be facing from the September incident. Prosecutors were granted additional time to file a criminal complaint against Jones, with the court date now scheduled for January 31, 2022. This is the second continuance that has been granted to the prosecution.

According to the police report for Jon Jones’ September arrest, Jones assaulted his fiancée, Jessie Moses, just hours after heaping praise and loving words upon her in his Hall of Fame induction speech. The incident is said to have occurred in a Caesar’s Palace hotel room in which their three kids were present. The alleged assault on Moses is said to have been severe enough to cause Moses to flee the room.

Back on the casino floor, Moses then told a security guard that she did not feel safe returning to her room. When she and her children were in the security office, Jones’s youngest child is said to have requested that they call the police.

Moses told police that Jones did not get “too physical” with her, but officers noted that she had a bloody lip. Police also found blood on the bedsheets and the room in disarray when inspecting the scene of the altercation. According to one officer, Moses also seemed fearful of Jones being released from jail.

Moses declined to have photos taken of her injuries or taking action toward filing a restraining order in connection to domestic violence protocol.

When speaking with police, Jones denied getting physical with Moses, though he admitted that he and his fiancée are currently going through difficult times. Officers state that Jones behaved erratically and strangely throughout the interview, at one point even “joking” that he was curious to see what they could do to him if he were to run away.

Jon Jones has had several other run-ins with the law during his illustrious UFC career. In 2015, he was involved in a hit-and-run accident involving a pregnant woman that led to Jones vacating his light heavyweight championship. He was also involved in a DWI case last year, where he later reached a plea deal. He also took a plea deal in a 2016 drag racing case, where he was captured on video having a heated dispute with a police officer during the stop.

Stay tuned for additional updates from MMA News on this developing story. 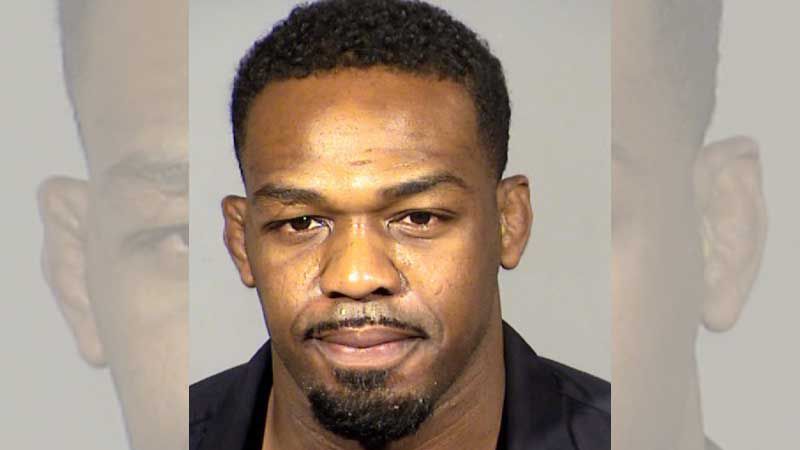