Unfortunately, the Miesha Tate campaign, specifically her Oct. 16 fight against Ketlen Viera, has been postponed after Tate came down with COVID-19. This news was first reported by Sherdog.com.

We will keep you posted on when a new date for the fight has been determined.

Miesha Tate 2.0 will face her next challenge when she faces top-10 bantamweight Ketlen Viera in the main event of the October 16 Fight Night.

As reported by Combate, both Tate and Viera have verbally agreed to fight one another in an October headliner. There were rumblings of a potential fight between Tate and Aspen Ladd that have surfaced lately, but while Ladd prepares to face Macy Chiasson in a rebooked fight on October 2, the revamped version of Miesha Tate will face Ketlen Viera.

Former UFC bantamweight champion Miesha Tate made her Octagon return in July in a TKO victory over Marion Reneau. This was Tate’s first fight in nearly five years but one couldn’t tell by the skilled display and easeful composure the legend displayed in the win. After defeating Reneau, Tate returned to the top 10 of the bantamweight rankings and is currently placed at #8, which is only one spot below her opponent this October, #7-ranked Ketlen Viera.

Even though Viera is coming off a loss in her most recent bout to Yana Kunitskaya, a strong argument can be made that this is a significant step up in competition for Tate. Firstly, Viera is currently ranked much closer to the top of the division than the now-retired Reneau was. Also, the fact that Viera is still in her prime at 29 while Reneau is 44 makes it fair to view this bout as a boost in difficulty for the 35-year-old Tate.

Tate has made it clear that she is not back in the UFC fold for a farewell nostalgia tour, though, so for her to continue climbing the ranks she once ruled, she’ll have to charge towards the growing fire on her path back to championship gold.

We will keep you updated on the lineup for this October 16 Fight Night card right here on MMANews.com. 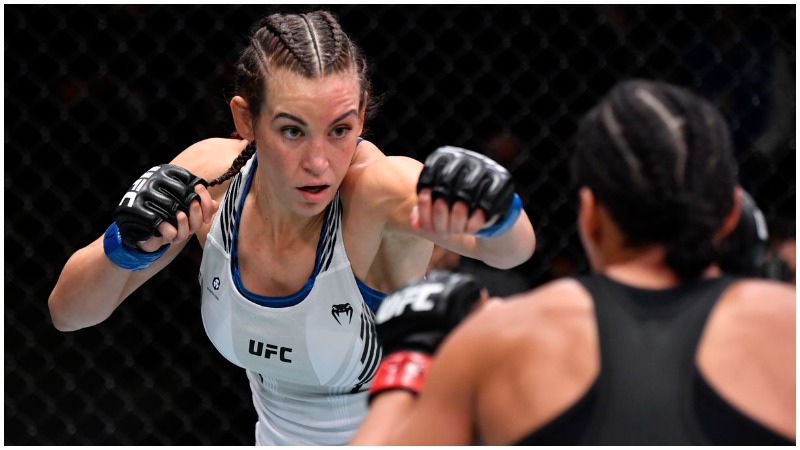