Per ESPN, Max Holloway has now officially agreed to the November 13 date against Yair Rodríguez in what is almost certain to be a title-eliminator bout.

Good to go, per sources. Max Holloway (@BlessedMMA) vs. Yair Rodriguez (@panteraufc) will headline UFC Fight Night on Nov. 13. Holloway agreed to the date this week. Gotta believe winner takes on the Volkanovski vs. Ortega winner from tomorrow for the belt. Heck of a main event. pic.twitter.com/I8zZreIrDg

Of course, tomorrow night at UFC 266, the featherweight title picture will be much clearer after Alexander Volkanovski (c) faces Brian Ortega in the headliner.

Here is the current lineup for this November 13 card.

After the cancellation of their July 17 bout, the UFC has a new date in mind for the Max Holloway vs. Yair Rodríguez pairing.

Per Aaron Bronsteter of TSN Sports, Dana White has disclosed that the UFC is targeting November 13 as the new date for Holloway and Rodríguez to take place as the headliner a Fight Night event. The report also states that the UFC is hopeful that this card will air on ABC. There is currently no venue or location established as of yet.

Holloway (22-6) was last seen in action against Calvin Kattar back in January, where he put on one of the best performances of his entire professional MMA career to earn a very lopsided unanimous decision win. Holloway dominated from start to finish, with a heavy-volume attack as he landed a record 445 significant strikes on Kattar.

Seen as one of the greatest featherweight champions of all time, Holloway became champion in 2017 when he defeated the legendary José Aldo and went on to defend it against Aldo again as well as against Brian Ortega and Frankie Edgar.

Holloway lost his belt against the current UFC featherweight champion Alexander Volkanovski at UFC 245 in 2019 and will be eager to get a chance to fight for a third trilogy bout to regain the featherweight belt.

Since joining the UFC back in 2014, the 28-year-old Rodríguez has surged up the featherweight ranks with victories over the likes of Dan Hooker; Andre Fili; BJ Penn; and most recently, Jeremy Stephens in 2019.

Who do you see winning this exciting featherweight matchup between Max Holloway and Yair Rodríguez? 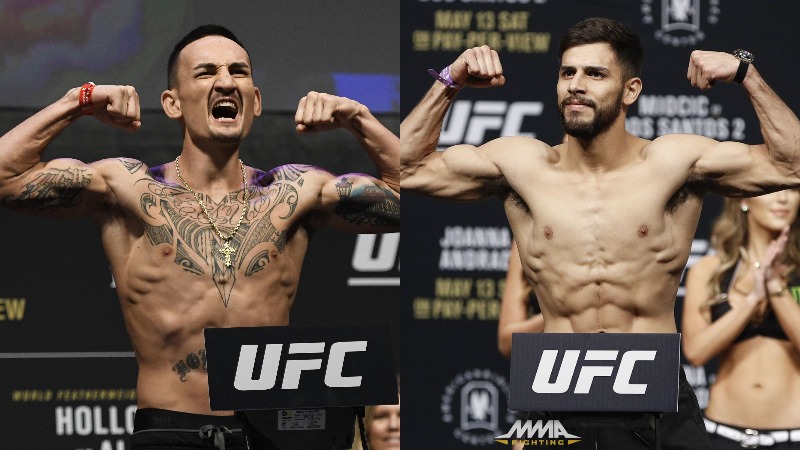