Brandon Moreno vs. Deiveson Figueiredo III has now been moved to UFC 270 on January 22 per ESPN Deportes.

Deiveson Figueiredo will get the trilogy bout he’s been pushing for when he meets rival Brandon Moreno at UFC 269.

First reported by ESPN’s Brett Okamoto, Brandon Moreno will fight Deiveson Figueiredo for the third consecutive time when the two collide in December. According to the report, The UFC’s first choice was to book Moreno opposite Alexandre Pantoja. However, Pantoja was deemed unavailable for the December 11 date, and Moreno wanted to remain active. Thus, the stars have aligned for this trilogy bout.

The first time the two competed was at UFC 256 last December. In what was considered one of the year’s best fights and arguably the best flyweight bout in UFC history, the fight ended in a majority draw.

The elite flyweights would naturally meet again in a bout that took place at UFC 263 in June. This time, there were no questions on who was the better man after Moreno earned the victory via third-round rear-naked choke.

Following the bout, Figueiredo instantly went on the campaign trail, urging Moreno to accept a trilogy fight through insults and assurances of a different outcome in a trilogy bout. Moreno initially called on the former champion to earn a title shot, but his thirst for violence eventually got the better of him, prompting him to squeeze in one more knock at year’s end.

The venue for UFC 269 is currently to be determined. With the addition of this bout, the current UFC 269 lineup is as follows:

Who do you think takes the trilogy bout? Champion Brandon Moreno or Deiveson Figueiredo? 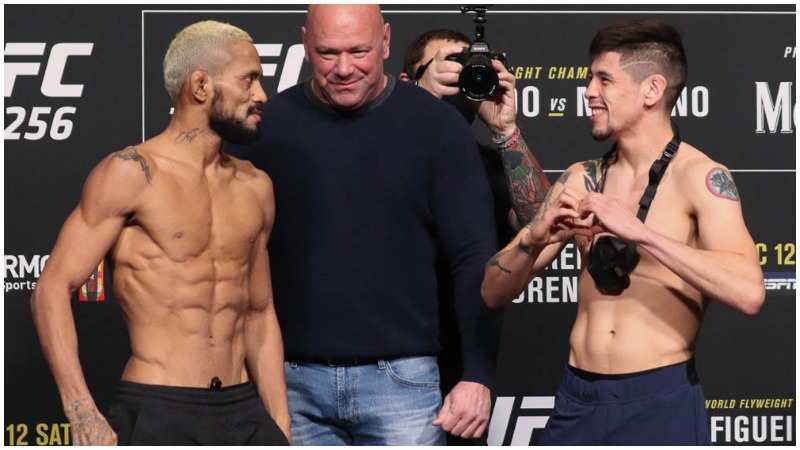