Unlike Gaethje, Poirier Does Not Believe Charles Oliveira Is A “Quitter”
published on September 28, 2021
curated and posted by BRWLRZ Team

After Justin Gaethje placed doubts on the heart of Charles Oliveira, the #1-ranked UFC lightweight Dustin Poirier has defended the champion’s resolve.

“The Diamond” last competed in the Octagon against Conor McGregor. Their trilogy bout ended with “The Notorious” injuring his leg. Ever since that TKO, many assumed the only option to face the newly minted champion would be Dustin Poirier. After Oliveira secured gold in May, Gaethje was critical of the showing against Michael Chandler and labeled him a ‘quitter’. Following Gaethje’s statement, Poirier responded with disagreement.

The Louisiana native spoke in an interview with MMA Fighting and believes if there was still quit in the Brazilian that we all would have witnessed it in his title fight against Chandler at UFC 262.

“I’ve seen Charles in a lot of fights. He’s been in a lot of fights at a high level. So, I’ve seen him kind of fold in fights before. But I’ve also seen him rise to the occasion and show up in adversity. If he was a quitter, he had a chance to quit when Chandler hurt him. But he came back and put him away… The guy showed championship mentality. Got hurt, pulled it together, finish the guy, I mean, there was no quit that night.” Poirier said.

Poirier admits that the 155-pound titleholder has been shown to fold under pressure at times. Although the 32-year-old maintains that the shortcoming is a thing of the past for “Do Bronx.” All signs point to a collision course between Oliveira and Poirier. According to one of our reports, the match-up is being targeted for December 11 at UFC 269, and both athletes have verbal agreements in place.

Negotiations are underway for one of the biggest fights of the year. While the lightweight title bout has not been made official, MMA News will keep you updated before the ink dries on either contract.

Who do you believe will take home the lightweight crown when Oliveira meets Poirier in the Octagon? 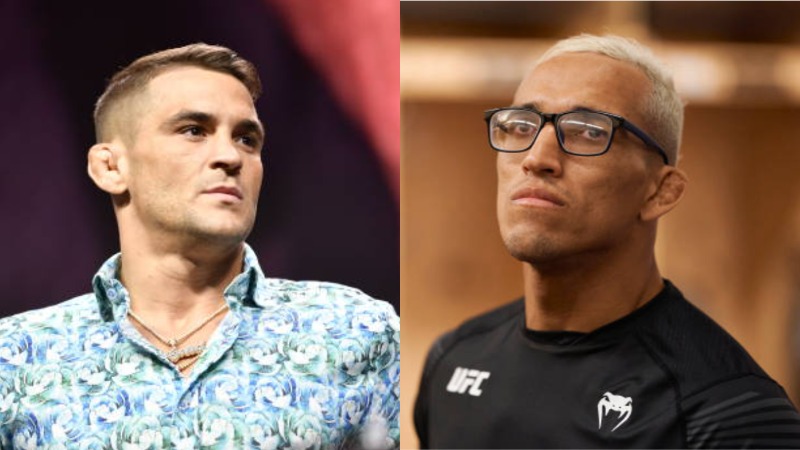