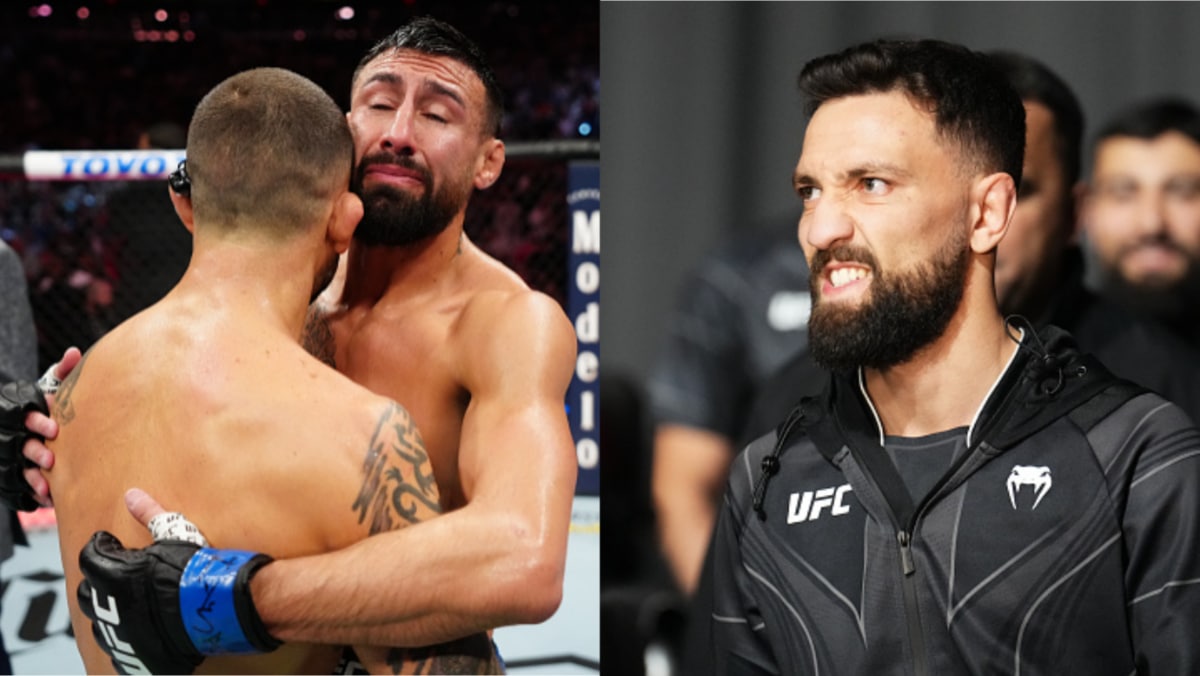 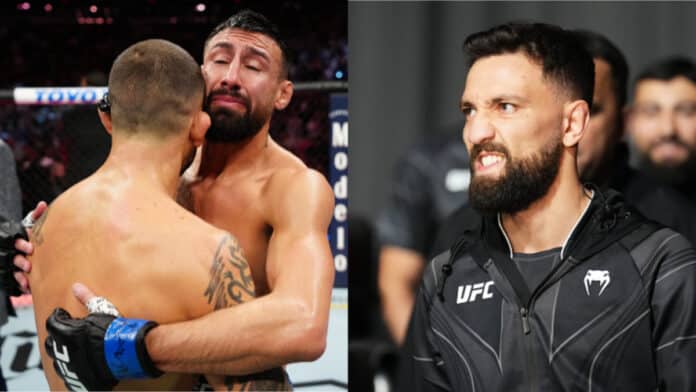 After a hard-fought victory at UFC Vegas 67, the undefeated Javid Basharat has declared the man he wants to face next inside the UFC octagon.

The undefeated ‘Snow Leopard’ has left a trail of bodies in his wake after beginning his pro career in 2016. He joined the UFC riding an eleven-fight win streak, but what was most impressive was each victory was via finish. Since joining the world’s most prestigious martial arts organization, the UFC, Basharat has so far been unable to finish an opponent. Regardless, he’s continued his winning ways and now stands at an illustrious 14-0, with three consecutive UFC victories.

A terror on his way up the totem pole, Javid Basharat may be the next star birthed by the UFC. Only time will tell, but so far, he’s kicked his 2023 off to a spectacular start.

Javid Basharat calls out Chris Gutierrez in a hilarious way

Very modest about his victory at UFC Vegas 67, Basharat gave much credit to his opponent during his post-fight interview. Praising him for his toughness and claiming he will have a bright UFC career ahead of him.

“I knew I had to stay patient,” Basharat said. “…I banked on him gassing out. To be fair, he got tired. But, he didn’t get that tired.”

Paul Felder was interviewing Basharat and prodded him about his next move inside the UFC. Asking who he’d like to fight next and where he plans on going from here. “The fans told me I might be getting ahead of myself.” Javid Basharat began. “Look, my debut was hard. My last fight with Tony Gravely: a hard fight… I’m taking these risky fights. These are all risky fights. Heavy hitters, wrestlers. If I’m not already in the top 15, I need a ranked guy next. But I feel like I should be in the top 15…

“Some of these names, I don’t wanna call out anybody in particular, but they haven’t fought anybody,” Basharat continued. “They’re fighting these old-school legends. But nobody of my caliber. I’m taking out all of the contenders.”

Paul Felder looked at this point as if he was going to leave it at that and end the interview. However, ‘The Snow Leopard’ visibly looked like he wanted to say more. In a stroke of brilliance, Felder doubled back, saying: “Hey, this is up to you. Do you have any names?”

“Fu*k it, let’s go. Chris Gutierrez, let’s do this,” Javid Basharat declared. The call-out made sense now, as Chris Gutierrez last fought against the “old-school legend” Frankie Edgar, who he defeated by knockout. The two men would surely make for an insane matchup, and only time will tell if Basharat will get his wish of a Chris Gutierrez fight.

Who would you like to see Javid Basharat fight next, and do you think he will end 2023 undefeated?