UFC Vegas 48 went down tonight (Sat. February 5, 2022) from Las Vegas, Nevada at the UFC Apex facility and we have the results. The world’s leading mixed martial arts (MMA) promotion compiled an excellent card for fight fans to enjoy.

It was headlined by a meeting between Jack Hermansson and Sean Strickland in a middleweight bout.

It was certain to have a great night of fights. Check out MMA News’ UFC Vegas 47 results below:

They clinched early on before having a feeling out process with some shots thrown. Erosa landed some big strikes up against the fence. They started letting their hands go towards the end of the round.

In round 2, Peterson had a bloody nose and was cracked to start the round. Erosa went for a takedown, but was stuffed. Erosa started to light him up in the middle of the round. Erosa dropped him with a hook, but Petterson was firing right back.

The third round saw Erosa get a takedown into guard, but Petterson locked in a guillotine choke, but Erosa got out of it. They got back to their feet and continued landing big shots. Erosa got a late round takedown. Erosa got the decision win.

They were doing a lot of leg kicks to start off the first round. There was some confusion to end the round as a mouthpiece fell out and they were talking trash.

Battle got caught with a hook in the second round. Battle dropped his mouthpiece and there was a pause in the action. He fired back with kicks. Gore cracked him again and Battle tried to clinch, but that didn’t work. Gore went for a guillotine choke, but Battle fell down and they did some grappling.

The start of the third round saw Battle’s eye swell up badly. Battle did some clinching up against the fence, but Gore separated and landed a combo. Gore walked away with the decision win.

The first round opened with Allen going for a takedown, but stuffed. Alvey started to let his hands go, but Allen was still throwing kicks.

The second round saw Allen drop Alvey with a left hand. After a scramble, Allen got his back and locked in the rear-naked choke for the win.

They did some clinching up against the fence for most of the first round. Rakhmanov got a takedown and tried to get on top, but Harris scrambled to his feet. Rakhmanov dropped him with a spinning wheel kick then finished him on the ground with strikes.

They came out swinging. Soriano caught him with a big knee strike to the jaw. Nick went for a takedown, but couldn’t get it. They scrambled to their feet then Nick got on his back while Soriano was standing and went for a neck crank. Nick let go of it and Soriano got him down while Nick was landing strikes.

The third round opened with Nick getting a takedown. Soriano was dealing with some type of injury as he was kept from getting up.

After a brief feeling out process, Jack shot in for a takedown, but they ended up clinching against the fence before separating. Sean was landing his jabs nicely while Jack was looking to counterstrike.

The second round, Sean started to put together some combos. After going back and forth, Sean dropped him as the round ended.

In the third round, Jack rushed him for a takedown, but gave up. Jack had no answer for the jabs, but was throwing more leg kicks.

The fourth round continued with Jack going for a takedown to start it off. However, Sean stayed upright and got away from him. Jack was missing a lot of shots and never seemed to have his range down.

The fifth round, Sean had a bloody nose. Despite that, he kept up a solid defense in the striking game. Jack went for a takedown attempt, but it was stuffed. They traded to the bell. Strickland got the win by decision. 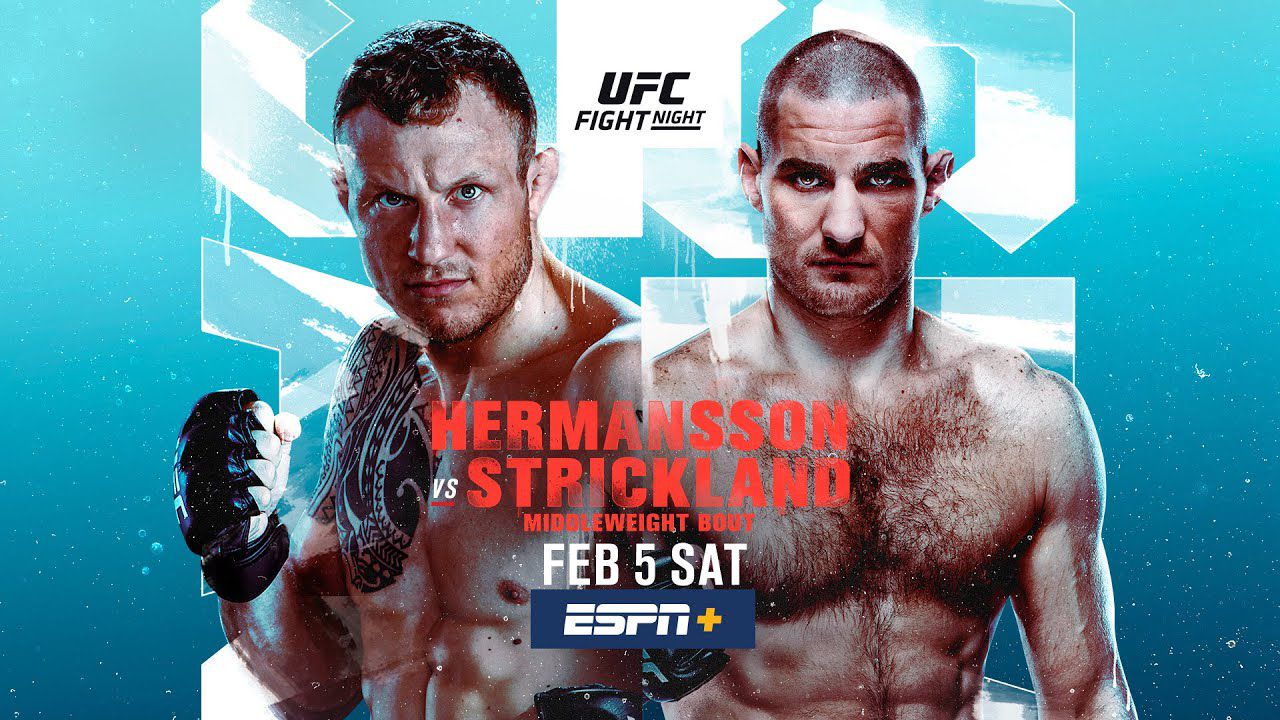