The weigh-in results for UFC Fight Night: Strickland vs. Hermansson (UFC Vegas 47) have wrapped up, and we’ve got the scoop for you below.

The second UFC Fight Night event of 2022 takes place tomorrow night in the entertainment capital of the world, Las Vegas, Nevada, inside the UFC APEX. All fights on the card will proceed as follows, although Steven Peterson missed weight by three pounds ahead of his featherweight bout against “Juicy” Julian Erosa. As a result, Peterson will be fined 30% of his fight purse.

The main event will see Sean Strickland try to inch closer to title contention when he takes on Jack Hermansson. Strickland has continued to make headlines during fight week, such as taking a stab at clarifying previous remarks about homosexuals and offering to do “the man dance” with Kevin Holland. But the bulk of his attention is no doubt placed on the Joker right in front of him.

Strickland and Hermansson have contrasting game plans heading into tomorrow night’s bout. Hermansson simply looks to hit and make it quick. Meanwhile, Stickland is intending to enjoy every moment of taking Hermansson’s soul while making him bleed. Both things cannot take place, but we’ll see what happens when these warriors and their visions meet in the middle tomorrow night.

Aside from sharing his graphic prediction for tomorrow night, Strickland has also predicted that he will continue his outspokenness if he is to be booked against Israel Adesanya in a world title fight. Should he reach this point, he claims he will talk about Adesanya’s “titty” during the pre-fight buildup.

Jack Hermansson doesn’t expect for it to come to that, however, as he will look to do what he claims many have asked him to do: put this wildman down when they meet tomorrow night.

Below, you can check out the faceoff between tomorrow night’s headliners.

Here is the faceoff between the co-main eventers Punahele Soriano (8-1) and the undefeated Nick Maximov (7-0).

You can check out the UFC’s fight-by-fight preview for tomorrow night’s UFC Vegas 47 card right here and get caught up on all the stats and storylines! Below, you can peep the full weigh-in results and viewing information, courtesy of UFC.com.

Be sure to visit MMANews.com tomorrow night for live coverage, results, and highlights of UFC Vegas 47! 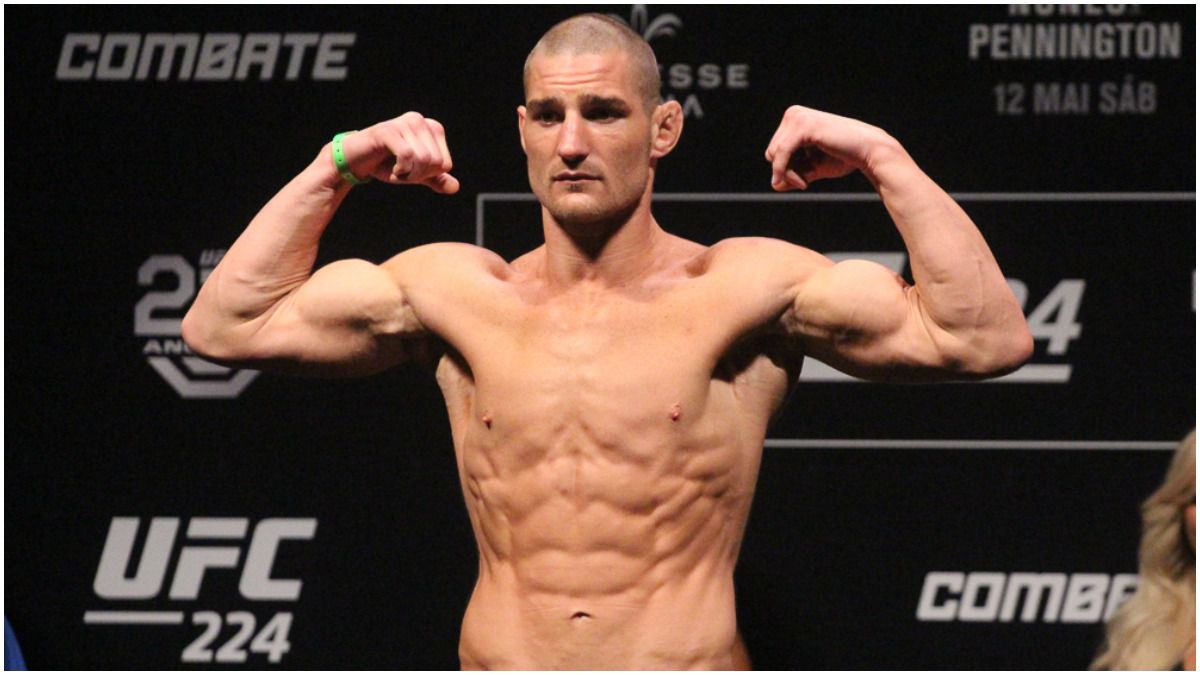