UFC Vegas 39 went down today (Sat. October 9, 2021) from Las Vegas, Nevada at the UFC Apex facility and we have the results. The world’s leading mixed martial arts (MMA) promotion compiled an excellent card for fight fans to enjoy.

It was headlined by a meeting between Mackenzie Dern and Marina Rodriguez in a women’s strawweight bout.

The co-headliner saw a welterweight bout between Randy Brown and Jared Gooden. Tim Elliott vs. Matheus Nicolau in a flyweight fight, Sabina Mazo vs. Mariya Agapova in a women’s flyweight bout, and Chris Gutierrez vs. Felipe Colares in a bantamweight bout finished out the main card.

It was certain to have a great night of fights. Check out MMA News’ UFC Vegas 39 results below:

In round one, Rodriguez had the striking advantage as she was much smoother and her strikes had closer gaps while Dern was extending to land. Dern clinched with her mid-way through the round. Rodriguez managed to separate it. In the second round, Dern scored a takedown and was trying to tangle her arms up. Dern got full mount and rained down strikes. Rodriguez came out firing to open round three. Dern was back peddling and trying to find an opening. Dern tried to clinch at the end of the round, but got shut down with strikes. The fourth round continued to see Rodriguez stay calm on the feet and eat her up. Dern looked tired, but started to land body shots and while inside and they connected. Dern scored a late fourth round takedown. They continued to exchange in the fifth round. The judges gave the win to Rodriguez.

Gooden went to clinch early, but Brown stepped back. Brown landed a head kick that rocked Gooden, who somehow recovered. Gooden was working over the legs of Brown with kicks and Brown was just trying to find a rhythm. In the second round, Gooden caught him with a combo to open. Brown wasn’t backing down and stayed in the pocket. Brown slipped and got up to land a right hook. Brown started to pepper him here with jabs then loading up on big swings. Brown landed some notable combos that stunned him at the end of round two. Brown had a really good third round and was moving forward while Gooden was just trying to not get punched in the face. Gooden got a late round takedown. The judges gave the win to Brown.

This was an extremely close fight with both men doing a nice job in the clinch and striking. Both guys went for takedowns and this made for some fun transitions. In the third round, Nicoolau landed a big takedown and put on some damage from top position. After three rounds, the judges awarded the decision win to Nicolau.

Mariya was landing at will, especially with her left hook. Mazo did knock her off balance at one point. Agapova continued to pour it on in the second round. Moving along in the third round, Mariya dropped her with a major league right hand then went straight into the ring naked choke for the win.

There was a lot of clinching up against the fence. A heavy kicking game from both fighters throughout the first round. In the second round, Colares continued to go for takedowns, but Chris had really good defense in this era and was holding strong with a double underhook. Corales did get a takedown in the third round but Chris eventually got up and was throwing leather and landing. The judges gave the win to Gutierrez by split decision. 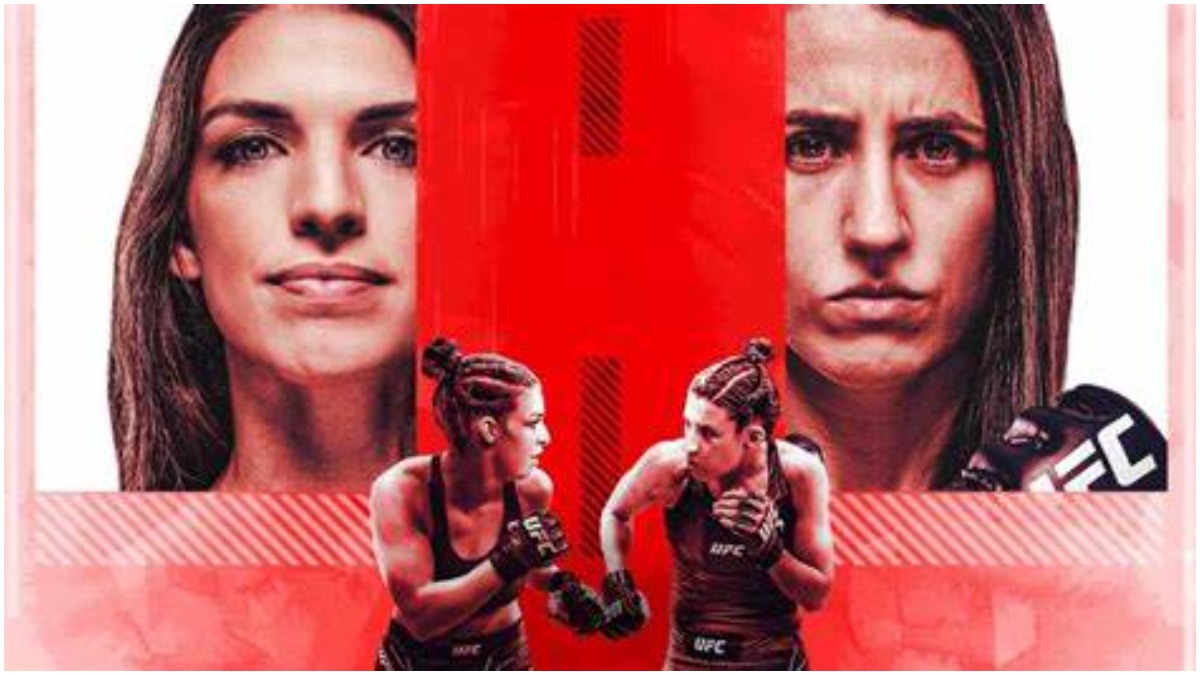