UFC Targeting Holly Holm vs. Ketlen Vieira For May 21 Main Event
published on February 1, 2022
curated and posted by BRWLRZ Team

UFC is targeting a high-level bantamweight bout for their May 21 main event.

The promotion is in the process of making a fight between Holly Holm and Ketlen Vieira, per a report from Ariel Helwani. The fight is being lined up to headline a “Fight Night” card in Las Vegas, Nevada, USA.

The fight gives Vieira the chance to make another big move up the bantamweight division. While currently seated at #5 in the official UFC rankings, she is being paired against Holm, who is #2 at the moment.

Vieira picked up a big win in November, going five rounds to defeat former UFC Bantamweight Champion Miesha Tate via unanimous decision. The bout stopped the climb of returning contender Tate, who was appearing for the second time since coming out of retirement.

The fight put Vieira back into the win column after suffering a loss earlier in the year to Yana Kunitskaya. It was also her debut in the main event spot of a UFC card.

Six months after Vieira’s last win over a former champ, she will get the opportunity to beat another.

Holly Holm’s next appearance will mark her return to the cage, as she has been out of competition since October 2020. She was booked for two appearances in 2021, although both fell through due to suffering injuries.

Holm returns with some momentum, as she previously scored two victories in 2020. She started the year off with a win over Raquel Pennington. She later returned to go five rounds against Irene Aldana for a unanimous decision victory.

As previously mentioned, Vieira is only making her second headlining appearance. The same cannot be said for Holm, who has appeared in eight previous UFC main events.

Who do you see winning in a fight between Holly Holm and Ketlen Vieira? 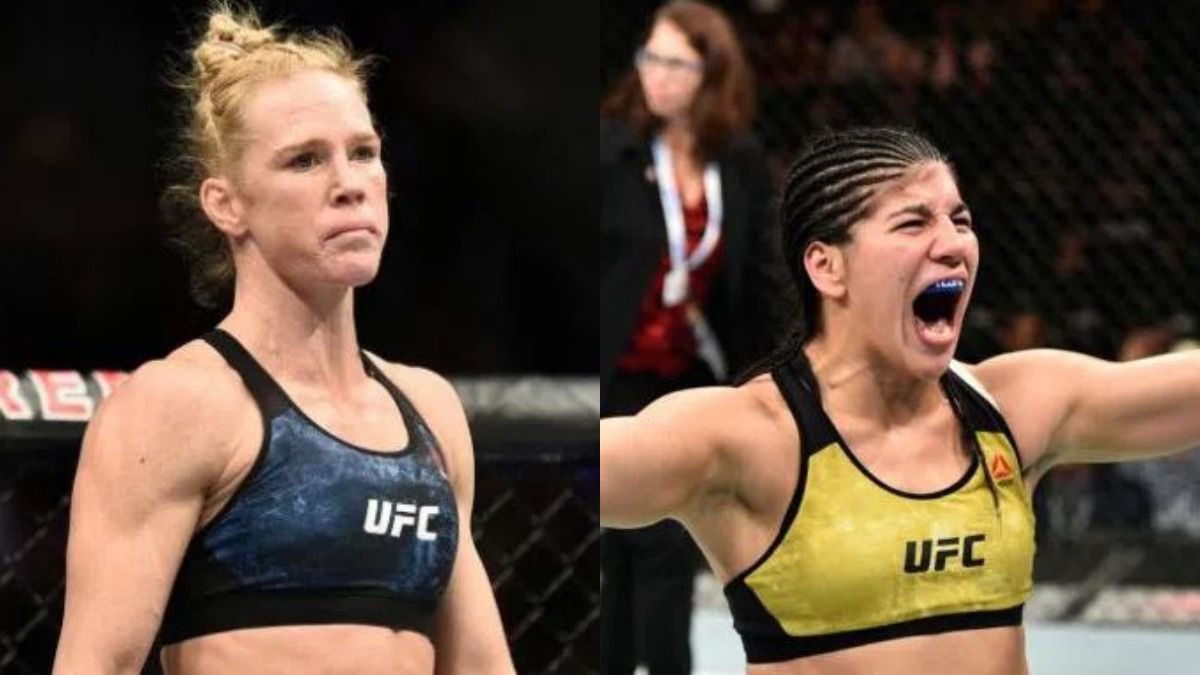