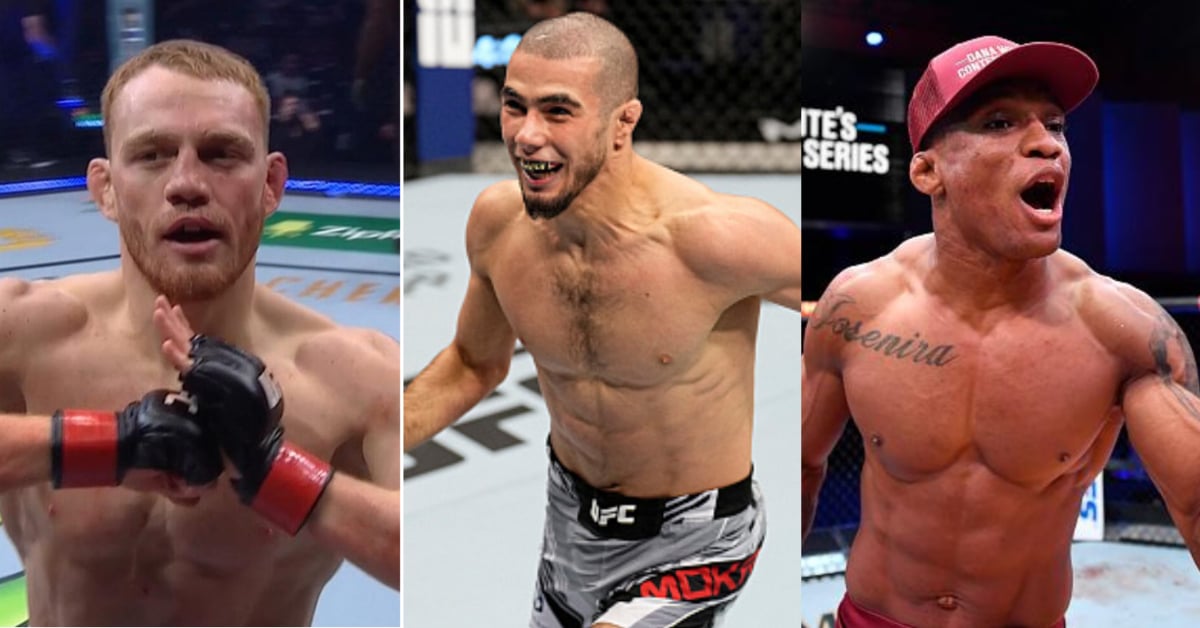 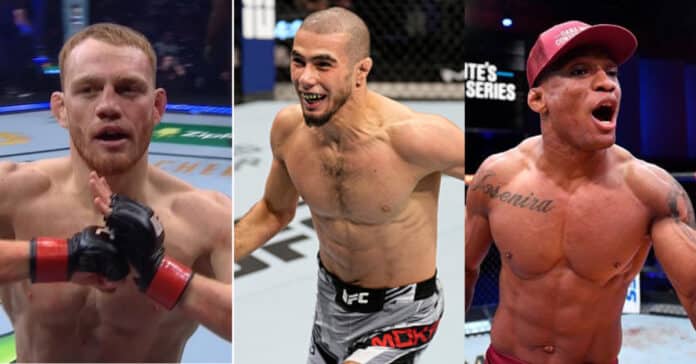 2022 has been nothing short of an entertaining year in the UFC. Titles from various divisions changed hands, rivalries were settled, new rivalries were born, and many new fighters rose to stardom.

Over the course of the year, we saw veterans of the game leave their gloves in the center of the octagon such as Luke Rockhold, Frankie Edgar, Joanna Jedrzejczyk, and many others. As this past generation of fighters have left MMA, new faces have arrived, ready to take the game by storm.

This year was an incredible year for newcomers to the UFC promotion, but one rookie was far and above the LowKick MMA UFC Newcomer of the Year.

Many fighters from the land down under have enjoyed success and a meteoric rise in the UFC such as Alex Volkanovski, Tai Tuivasa, Robert Whittaker, and Kai Kara-France. However, this year belonged to a newcomer to the promotion, Jack Della Maddalena.

Della-Maddalena began his year at UFC 270: Ngannou vs. Gane in January. The young Aussie took on Pete Rodriguez and wasted no time obtaining the quick round 1 finish via knockout.

Coming off this scintillating finish, Della-Maddalena returned to the UFC octagon next in June at UFC 275: Teixeira vs. Prochazka. What many thought would be a more demanding opponent, Ramazan Emeev joined Jack in the octagon and once again, Jack secured a Round 1 finish. This time, Della-Maddalena won via TKO due to a devastating liver strike.

Jack’s final octagon appearance of 2022 came in November at the UFC Fight Night headlined by Kennedy Nzechukwu and Ion Cutelaba. For his third fight of the year, Della-Maddalena once again secured a Round 1 TKO over Danny Roberts.

2022 was nothing short of spectacular for the Perth, Australia native and three 1st round knockouts clearly show why. Prolific striker Jack Della-Maddalena is certainly a fighter to look out for in 2023 as he looks to continue his momentum.

LowKick MMA’s runner-up for this award is none other than the young Flyweight contender, Muhammad “The Punisher” Mokaev. The young England native began his career at just 21 years old when he stepped into the UFC Octagon against Cody Durden this March.

Mokaev’s first bout lived up to the hype, as he secured a Guillotine Choke submission towards the end of Round 1 for the victory. The next bout for Mokaev was a definitive step up in competition and environment, as he took on Charles Johnson at the O2 Arena in London at UFC Fight Night: Blaydes vs. Aspinall.

Mokaev was unable to get a finish in this fight but earned a dominant Unanimous Decision victory in front of his home fans. By this point, Mokaev promised to become the youngest UFC Champion in history and still has another two years to do so.

Mokaev’s final bout of 2022 saw him face Malcom Gordon in October at UFC 280: Oliveira vs. Makhachev. The young flyweight on the rise returned to his finishing ways, as he got a Round 3 submission via armbar.

Mokaev looks to make good on his promise of becoming champion, and the path he is on means that 2023 will be a pivotal year for the young fighter.

Just barely not making the cut, another fighter deserving of recognition is heavyweight/light heavyweight newcomer Jailton Almeida. While Almeida only had two fights in 2022, the quality certainly outweighed the quantity.

We first saw Almeida in the UFC octagon in May for UFC Fight Night: Holm vs. Vieira when he took on Parker Porter. In this fight, Almeida wasted no time whatsoever and earned a submission victory via Rear Naked Choke only 25 seconds into the fight.

Subsequently, Almeida was matched up with Anton Turkalj during UFC 279: Diaz vs. Ferguson. In almost identical fashion to his first UFC fight, Almeida once again secured a RNC submission, this time just 32 seconds into the fight.

Jailton Almeida brings a breath of fresh air to the Heavyweight division, and it will be interesting to see what the submission artist can accomplish in 2023. Look for Almeida to continue his quick finishing ways when he takes on Shamil Abdurakhimov at UFC 283: Teixeira vs. Hill in his home country of Brazil.