UFC President Dana White is looking at the idea of booking Tony Ferguson vs Michael Chandler with the winner being the next to face the UFC lightweight champion. Should Khabib Nurmagomedov successfully defend his title against interim champion Justin Gaethje this weekend, he would then be in a position to face a contender he’s hasn’t fought yet.

White noted on Mike Swick’s podcast that the idea behind a potential Tony Ferguson vs Michael Chandler fight would be that neither has faced Khabib. TSN’s Aaron Bronsteter Tweeted out the news:

On the Real Quick with @officialswick podcast, Dana White floated the idea of a Tony Ferguson vs Michael Chandler fight to determine the top lightweight contender since neither has fought Khabib.

Also mentioned that Islam Makhachev will headline an upcoming card in Vegas.

Chandler commented on a possible fight with Ferguson recently during a media scrum in Abu Dhabi to promote UFC 254.

“I think Tony Ferguson’s the scariest guy in the division. He’s got a screw loose, and he fights like it, and it’s admirable,” Chandler said.

When the idea of fighting Chandler was floated to Ferguson during a recent interview with MMA Junkie, however, he did not sound enthusiastic.

“Chandler? Think about this: How many times are you going to put another (expletive) person in the (expletive) shuffle of the cards?” Ferguson asked. “Dana keeps shuffling me down the list. What? Because I’m (expletive) Mexican? What’s up Dana, you don’t like Mexicans? You don’t like brown people? I’m not going to call you a racist, but what the (expletive), man? What’d I do to you? Why do you treat me like (expletive)? My last name is Ferguson. I don’t want to get mad anymore. I don’t. I’m not going to. But that being said, I said my piece. I’m too busy working.” 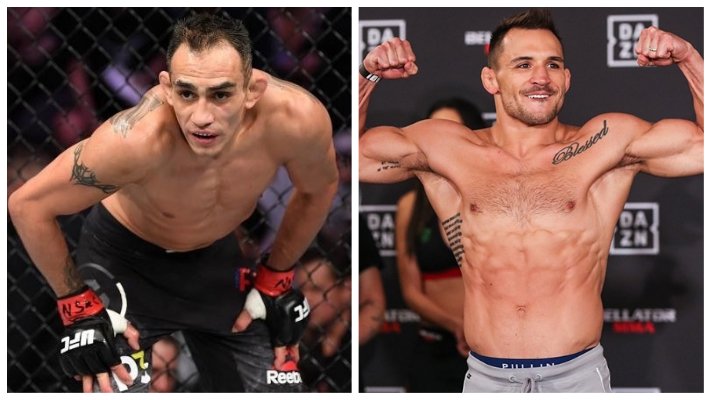