Court “The Crusher” McGee delivered a tearful message to those who struggle with drug addiction after a unanimous win at UFC Vegas 46.

With over a decade of sobriety, the American fighter is an inspiration to anyone dealing with drug abuse. Many people struggle with it or know someone who does. The disease has taken the lives of many and has changed the lives of those who won against it.

McGee had every right to become emotional when he opened up about his addiction during a post-fight interview at UFC on ESPN 32:

“Oh man, you’re gonna make me tear up bro. (Tears up.) Great question, no. I didn’t give myself a shot, but the people around me believed in me, and the people that don’t have access to the recovery that I had access to, that’s who I fight for—to show them that it’s possible, that recovery is possible, and that sobriety is possible, and that you can achieve incredible things one day at a time without a drink or drug.”

Drug addiction is a crippling mental illness. The stigma surrounding drug abuse is enough reason for most to keep quiet about their inner struggles with it.

And fighting the battle alone can make it even more difficult. McGee was fortunate to have a great support system and took advantage of it.

“I had a great family. I have great, wonderful parents that are not alcoholic, I have support, I was never neglected, there’s no abuse, and I fell victim to it because I have the disease of addiction and there’s thousands and thousands if not millions of people that struggle with addiction daily in the United States, and so, that message of overcoming adversity, my life story, from homelessness, to heroin addiction, to overcoming that adversity, surrounding myself around people in long-term recovery, and then fighting at a local circuit, making it through the juvenile system, getting expunged, building relationships with my attorney general, Shawn Reyes who’s a close friend of mine[…]”

The UFC fighter created an outlet called MCGeeproject.org for anyone to reach out if they are interested in his motivational speeches. His one message is that recovery is always possible.

McGee has struggled, yet conquered, and at 37-years-old, he has established a 22-10 professional record.

Other UFC fighters have also courageously spoken up about their battle with drug addiction.

“Boston Strong” Charles Rosa, who fought along with McGee on the preliminary card at UFC Vegas 46, was once a victim of drug addiction and lost both his brothers to the mental illness.

Mixed martial arts gave Rosa a home. His brothers were his fighting role models, and whenever the featherweight gets in the cage, he gives his all for them.

Lightweight Terrance Mckinney once overdosed and often reminds his fans about the fatal moment via Twitter:

“5 years ago I overdosed and died (twice), 2 years ago I made it to UFC Contender Series and lost, but 3 weeks ago I made my debut and set a record. Don’t let mistakes and losses define you. Every day is a new chance to do better than you were,” reads the 27-year-old’s pinned tweet.

That record-setting debut stopped the show in 7 seconds of round 1 at UFC 263 last June.

But a win in the UFC cannot outweigh helping someone who is losing the battle against drug addiction.

When asked about the importance of making a difference versus getting a UFC title, McGee said:

“Man, nine years ago, maybe 10 years ago, I spoke with my first high school and I had a young kid come up to me struggling with addiction—that kid’s married, he worked on an Air-Force base, he had a little baby, and he keeps in touch with me. And as soon as that happened and he came forward and asked for help, I had already won[…]”

Sometimes, the mission is not always winning the gold. Of course, McGee wants to be the best fighter he can be, but taking a moment to inspire those around him appears to give him a purpose.

What are your thoughts on Court McGee’s inspiring story? 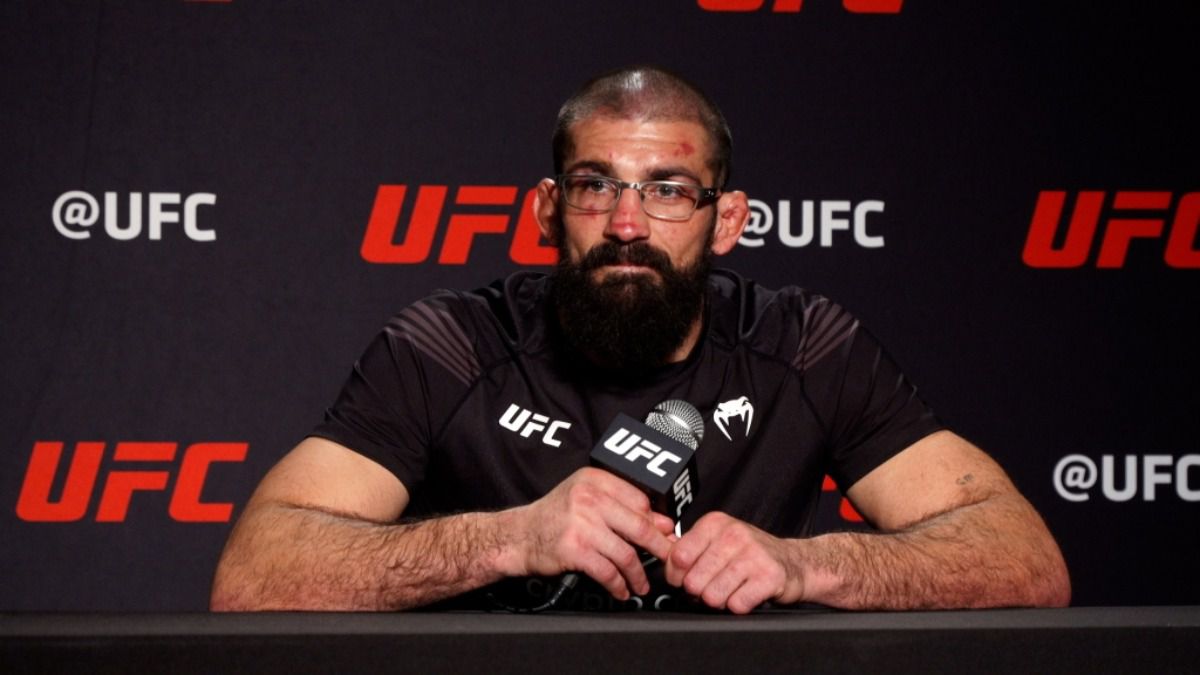