The UFC 268 weigh-ins have concluded, and every single fight will proceed as scheduled.

The UFC will return to The Mecca, Madison Square Garden, with the highly anticipated UFC 268 event tomorrow night. The card will feature a triple-header of marquee bouts, with Kamaru Usman rematching Colby Covington for the welterweight championship, Rose Namajunas rematching Zhang Weili for the strawweight championship, and a one-of-a-kind thriller between Justin Gaethje and Michael Chandler. Each of the above six fighters made weight. Below, you can see how they looked on the scales!

Every one of the fighters on the main card made weight. There were two misses from fighters on the preliminary card, however. Bruno Souza, who weighed in 2.4 pounds over the featherweight limit for his bout against Melsik Baghdasaryan, will forfeit 20% of his purse, but that fight will proceed as scheduled. Additionally, CJ Vergara weighed in at 1.4 pounds over the flyweight limit for his bout against Ode Osbourne. He also will forfeit 20% of his purse. That contest will continue as scheduled as well.

You can check out the official UFC 268 weigh-in show below.

Finally, below you can find the official UFC 268 weigh-in results along with the viewing information for tomorrow night’s big card. The following results are courtesy of UFC.com.

To help you continue to get ready for tomorrow night’s card, you can check out our staff picks right here. And when fight night arrives, be sure to make MMANews.com your home for all the results, highlights, and updates on the UFC 268 card! 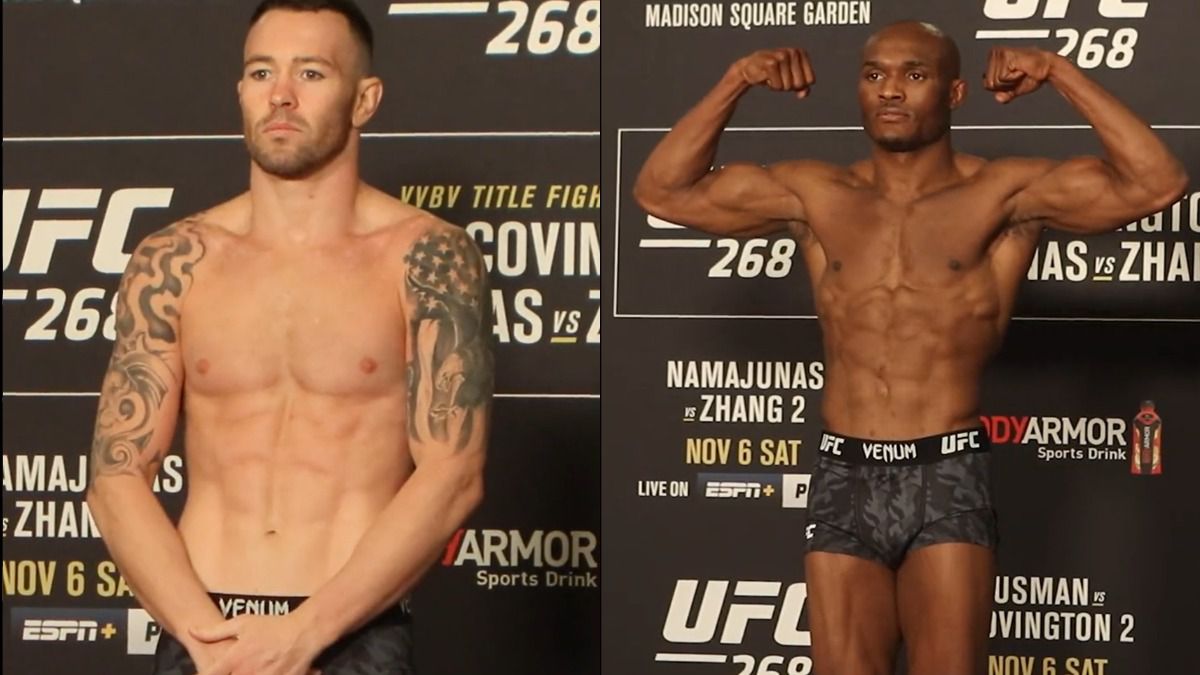