The UFC 266 bonuses have been released.

The pay-per-view event took place in Las Vegas, Nevada at the T-Mobile Arena. Headlining the card was a featherweight title clash between Alexander Volkanovski and Brian Ortega. This fight saw an incredible third round. Volkanovski was in control of the first two rounds. Ortega dropped him in the third and went for a guillotine on top. Alexander got out of it only to be caught in a triangle choke and only to get out of it. Volkanovski smashed him with shots on top. Volkanovski controlled the fourth round with a scramble into top position. They exchanged in the fifth round but it was Volkanovski walking away with the decision win and retaining the featherweight title.

This fight saw Shevchenko control the entire bout. The champion was leaps and bounds ahead of Murphy on the feet while striking. Murphy brought no challenge in this department. Shevchenko did score some takedowns throughout the fight. Murphy did try to get takedowns, but found no success. Shevchenko ended it in the fourth round via TKO.

Nick Diaz made his long-awaited return in a middleweight fight against Robbie Lawler, but fell short despite a good outing as Lawler picked up the third-round TKO win after dropping Diaz, who refused to get up, and the referee waved off the fight.

Peep the full list of performance bonus winners below.

Fight of the Night: Alexander Volkanovski vs. Brian Ortega

Performance of the Night: Chris Daukaus and Merab Dvalishvili

Were the right choices made for the UFC 266 bonuses? 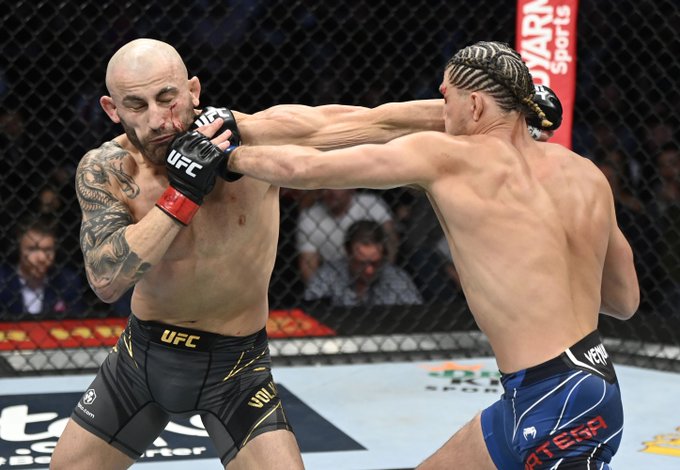