UFC 254: Khabib vs. Gaethje May Have Fans in Attendance
published on October 13, 2020
curated and posted by BRWLRZ Team

Abu Dhabi’s Department of Culture and Tourism (DCT) is exploring the possibility of having a live audience for UFC 254: Khabib vs. Gaethje.

In less than two weeks, Khabib Nurmagomedov will face Justin Gaethje in a UFC lightweight championship unification bout on Fight Island. As has been the case with all of the Fight Island events, there will be no fans in attendance enjoying the festivities of a live UFC event with youth and exuberance. That could change, though, as DCT marketing director Saeed Rashed Al Saeed disclosed to The Hotelier that fans attending the PPV spectacle is still possible.

“We are currently studying how to bring fans into UFC 254,” Al Saeed said. “Right now we’re going through how to segregate fans from people inside the bubble but still get them inside the space in the safe manner.”

“If everything goes to plan we’ll be announcing this soon. It’s not confirmed yet but the plan is in place but it needs to be endorsed. I’m optimistic but health and safety cannot be compromised. That is our priority, it will not happen unless it is fool proof.”

If UFC 254 is granted the green light to host fans, it would mark the first UFC event to do so since UFC 248: Adesanya vs. Romero. If not, it would be Nurmagomedov’s first time competing in an empty arena and Gaethje’s second. Gaethje was able to earn the interim lightweight championship and a crack at Khabib’s official title by TKOing Tony Ferguson at UFC 249 in a crowdless arena at VyStar Veterans Memorial Arena in Jacksonville, Florida.

Stay tuned for any potential updates on this developing story right here at MMANews.com.

Do you believe it is a good idea for fans to be permitted for UFC 254? 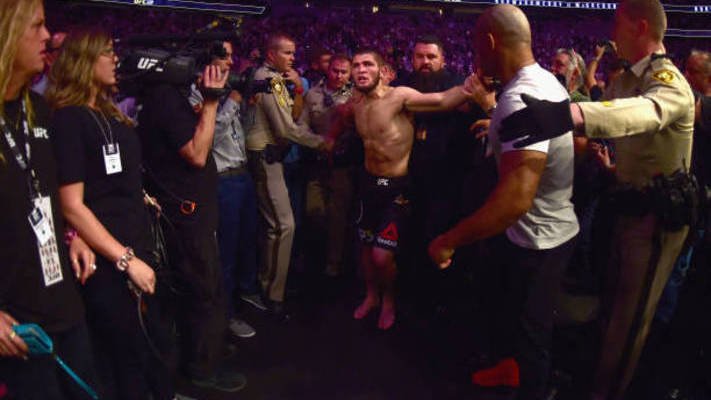