Tyson Fury’s Dad Tries To Fight Jake Paul At Mayweather Vs. Deji Event: Takes His Shirt Off And Shadow-boxes
published on November 14, 2022
curated and posted by BRWLRZ Team 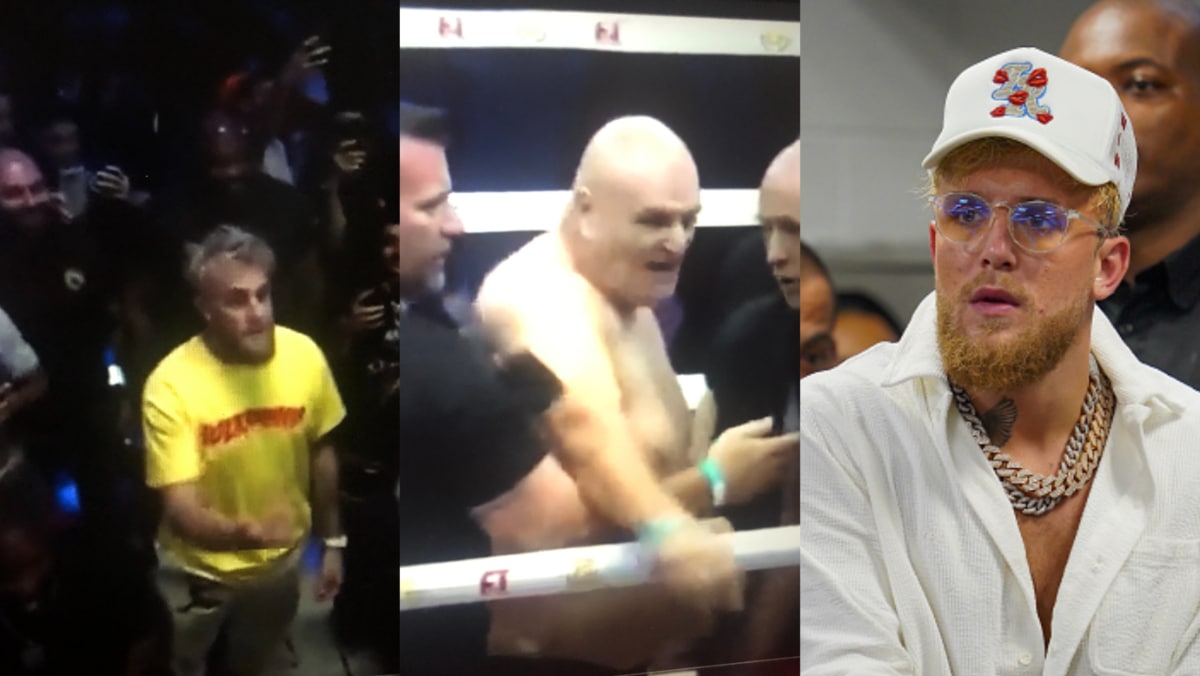 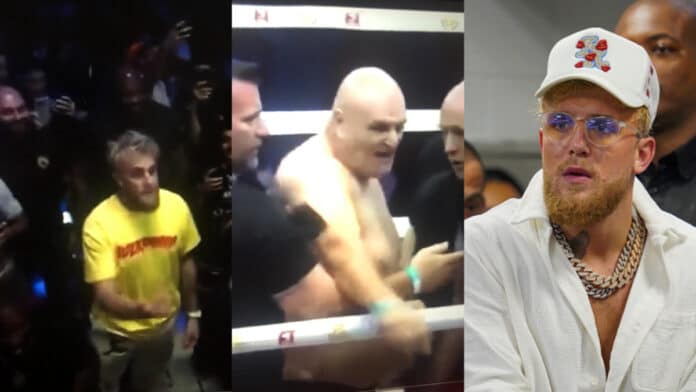 Boxing is currently in a rough state of affairs and after the latest antics involving Jake Paul, Tommy, and John Fury, its future isn’t looking any brighter.

Tommy Fury was there to partake in an exhibition match against Rolly Lambert that would see no winner. It would’ve been hard to call a winner anyways, as, by all accounts, the two did much more showboating than actual fighting.

Jake Paul was in attendance, sitting ringside. Obviously, this was a recipe for disaster, and after the Tommy Fury fight, things would start to get very cringy. It started when Tommy Fury took the mic and called out Jake Paul. This wasn’t anything abnormal as the two have been beefing for what seems like years now. However, things took an unexpected turn when Tyson and Tommy Fury’s father joined the fray.

“He (Jake Paul) ain’t gonna step in here, cause he ain’t no man”, Tommy Fury began, furious for an unknown reason. “I’ll fight him now when I’ve just had a fight! Get in this ring now, c’mon! You, get in the ring now! The waters just fine, get in!”

Jake Paul was standing ringside, and magically a microphone appeared in his hands in perfect timing to capture his response. “How ’bout you get out of the ring now?” The youtube star turned boxer sneered. “You get outta here. Come here!”

Tommy Fury was furious, and kept screaming for Jake Paul to enter the ring, practically foaming at the mouth and looking like a stroke could even possibly afflict him at that moment.

Suddenly a crip and man from the streets, Jake Paul replied in the fashion of an inner city gang member: “Come on P***y a**! Get out here cuhh! Let’s go, you fuc*ing suck at fighting! Let’s go, pull up, pull up!”

If that wasn’t enough ridiculousness, the antics were sadly not even over at that point. The world wasn’t ready for it, but John Fury was about to leave his mark on this situation.

What are your thoughts on this whole debacle?