Tyson Fury Expected To Get Past Derek Chisora Again
published on October 31, 2022
curated and posted by BRWLRZ Team 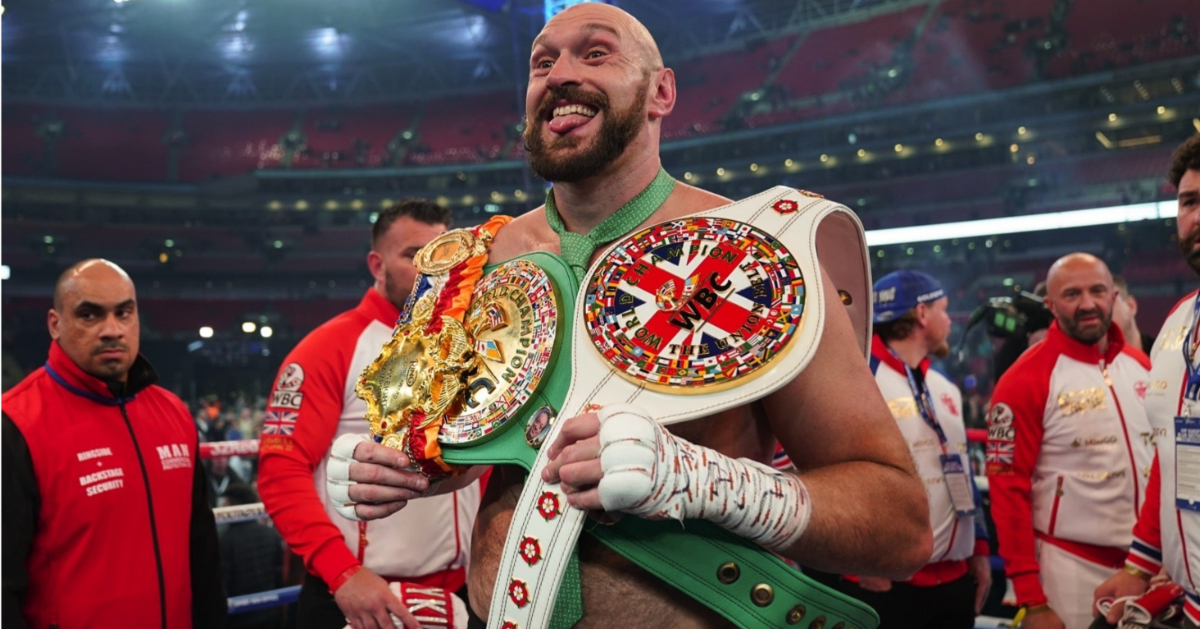 After talks broke down between Tyson Fury and Anthony Joshua’s parties, the former will now defend his WBC heavyweight title against Derek Chisora in a domestic clash at the Tottenham Hotspur Stadium on the 3rd of December.

Fury has met Chisora twice before in his career. In 2011 he won the British and Commonwealth heavyweight titles after beating Del Boy on points. He was awarded a unanimous decision as he dominated the clash at Wembley Arena.

In 2014, the pair of British heavyweights met again in London. Chisora was pulled out of the fight at the end of the 10th round by his corner. It was another dominant performance from the unbeaten fighter to claim the vacant British and European titles.

Fury has opened as the 1/33 favourite to make it a hat-trick of wins over Chisora, with the challenger the 11/1 outsider. Those betting on the fight can take advantage of the Betfair welcome offer, where they can pick up to £30 in free bets to use on the bout.

The Gypsy King is 3/10 to get the job done inside the 12 rounds, just like he did the last time they met, while the champion is 11/4 to prevail on points. It will be the 34th fight of Fury’s professional career and he goes into it with a 32-0-1 record.

Chisora Has Been in the Ring with The Best

Although he has yet to hold a world title, Chisora has had an excellent career in the ring. He has taken on some of the best in the division over the last few years, including WBA, WBC, and IBF champion Oleksandr Usyk, former WBO champion Joseph Parker and Kubrat Pulev.

The 38-year-old took both Usyk and Parker (twice) to points but was on the wrong side of the decisions. He then produced one of the best results of his career when he beat Pulev by a split decision.

Chisora, who made his professional debut in February 2007, has also shared the ring with Vitali Klitschko, David Haye, and Dillian Whyte. He is a boxer who has a lot of experience and in many ways, he has very little to lose in the third fight in his trilogy with Fury.

Clash With Joshua Could Still Come In 2023

As the big favourite in terms of the odds, there will be a lot of pressure on Fury to come through the fight with Chisora with a victory. Defeat could spoil any chances he has of facing Joshua or Usyk in 2023.

Talks with Joshua’s team advanced further than they had done at any point this year. Although they were unable to agree on terms before the deadline set by Fury, the two giants of heavyweight boxing could meet next spring.

Fury’s team may also look to secure a fight with Usyk in 2023 if both men remain world champions. A clash between the two title holders could create the first undisputed heavyweight champion since Lennon Lewis in 2000.

His next assignment isn’t expected to be Fury’s toughest test to date, but he will be fully aware of the danger Chisora possesses. He only has to look at the defeats Mike Tyson and Anthony Joshua suffered against Buster Douglas and Andy Ruiz Jr respectively to see the king of upsets that can happen in the heavyweight division.